Further asked by the prosecutor, whether during his tenure as first vice president of the GFA, there was any imprest when he travelled with the team, the witness said it was not to his knowledge.

In fact, he told the court, during his trip to Portugal there was no money for the officials and players.

Counsel put it to the witness that his evidence has raised doubts, as he has increased the figures.

In his (Ceesay’s) evidence-in-chief, he mentioned “four” officials, but now he has said “six” officials.

Ceesay insisted that he told the court that it was “six” officials and 12 players.

At that point, the defence applied to the court to go through the records, stating that the witness once mentioned the number he travelled with.

When the record was looked at by the court, it was the figure 4 instead of 6. However, the witness insisted that it was 6 instead of 4 officials.

The case was then adjourned to 2 April 2014, for the hearing to continue. 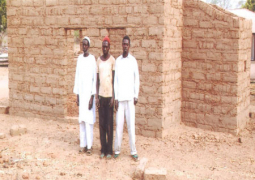