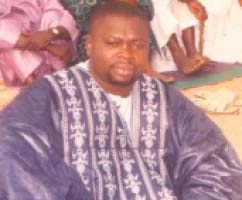 Yusupha Jaiteh, the President of the Gambia Boxing Amateur Association has stated that the Gambia has now a national boxing team for boxers.

He said all this achievement came through the support of the Cuban and local coaches.

Jaiteh stated that the proper regulatory measures would be put in place so that all the boxing clubs in The Gambia will register with the association and pay their contribution to the association. This will help facilitate the staging of a national boxing competition soon.

Yusupha Jaiteh said this is part of plans to take boxing at another level and that his primary focus would be to organise more boxing galas at the national level and to also build the capacity of boxers.

He pointed out that two Gambian boxers namely; Ensa Jammeh and Muhammed Camara will represent the country in the forthcoming Commonwealth games, to be held in India.

He then called on all hands to be on desk to help  move sports forward.

Transport union case: Witness says ‘nothing happened’ between him and accused persons