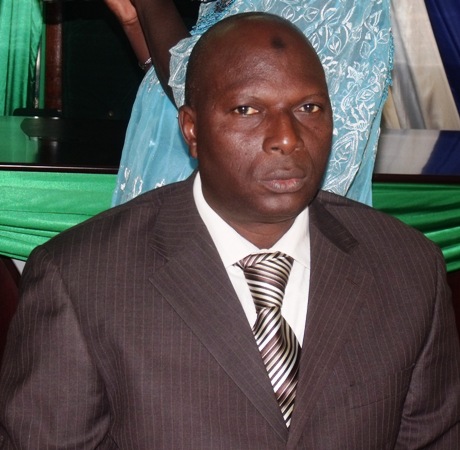 The pending GNOC controversial election, which was the topic of discussion at the Assembly chambers, on 9 December 2010 started an investigative session to consider and resolve, among others, that the committee reconvene at the National Assembly office in .

The sports family yesterday gathered at the Assembly chambers in to resolve the continued impasse that disrupted the GNOC presidential election in controversial circumstances last October.

After three hours of intensive debate on the issue of voter list, it was revealed that inconsistency continues to take its toll on the much-talked about voter list.

Judo, Fencing and Deaf Sports, as well as the eligibility of Abdoulie Baks Touray and Alhajie Dodou Joof, continue to cause a huge debate between the acting-executive secretary of the National Sports Council (NSC), Abdul Aziz Titao Mendy, and the acting-president of the Gambia National Olympic Committee, Beatrice Allen, who is also an IOC member.

Ms Allen informed the gathering that when Judo was formed, the NSC was not in existence and when it came into being (the NSC), it did not include Judo in its list;” Allen argued.

Titao Mendy, however, has a different interpretation of Judo’s inclusion saying Judo is not recognised within the NSC, adding that it is not also affiliated to the GNOC bureau.

Argument continued between Ms Allen and Titao Mendy on the eligibility and ineligibility of two other sports associations - Fencing and Deaf Sports - as well as Abdoulie Touray and Dodou Joof.

Touray, according to Ms Allen, comes from a multi-sports organisation recognised by the IOC as partners but not at the Olympic movement but Titao begged to differ on the issue.

Ms Allen also informed the National Assembly that the GNOC is responsible for developing the list of voters to present it to the national associations for information and endorsement.

Due to the nature of the evidence on the voter list, the National Assembly select committee on youth and sports has decided to continue with its investigative position before a new date is scheduled.

The chairman of the National Assembly select committee on youth and sports, Hon. Alagie Sillah, told journalists that their objective was to look into the whole scenario and to take an investigative position to find solution to the persistent impasse that halted the October presidential election.

“We are almost at the tail end of our investigation and a decision will be made within the shortest possible time,” Sillah said.

“It is our responsibility to look into the two voter list presented by the National Sports Council and the Gambia National Olympic Committee for scrutiny to know who is eligible and who is not eligible and by next week, everything will be put on the table and a new date will be announced,” Hon Sillah stated.