Forestry director Abdoulie Sanneh has issued a stern warning to all forest intruders in the country to desist from mismanaging the country’s forest natural resources.

Mr Sanneh, who called for collective responsibility and effort in protecting the country’s forest cover, said there is need for attitudinal change among Gambians towards the natural resources of the land. “We should take ownership of our forest for the good of our motherland,” he said.

He made this statement in an interview with this reporter on Tuesday at his office in Banjul.
“It is habitual for Gambians at this current period of the dry season to engage in bushfires, deforestation illegal logging and other malpractices in the forest,” he said, adding: “This 2012 will be a different thing totally in the sense that the department of forestry will be collaborating with the anti-bushfire committees for a nationwide sensitization campaign on the protection and preservation of our forest cover.”

Director Sanneh revealed that plans have been put in place for a sensitisation campaign to commence at the end of the week at West Coast Region and other places.

“Most of these foreigners work for their self-interest and care less about the destruction of our forest cover,” he noted. “Therefore Gambians should be careful in dealing with this type of people who are here for their selfish interest only to put something in their pocket.”

The documents should be issued to only Gambians, he said, adding that even where they are issued to foreigners it should be done in partnership with a Gambian for the good of the country.

Mr Sanneh also said the message from his office for the Gambian people in 2012 is very clear in the sense that forestry department as an institution is mandated to preserve and protect the nation’s natural resources, which is the forest cover.

“We were able to achieve this as a result of our collective responsibility and with the support of our dynamic leader, President Yahya Jammeh, who has been very supportive of any development initiative of the country,” he said.

Director Sanneh went further to advise all Gambians to be vigilant about the environment and to continue to work together “for the best interest of our mother land”. 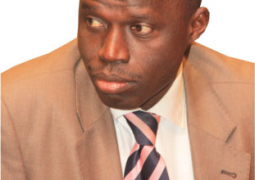 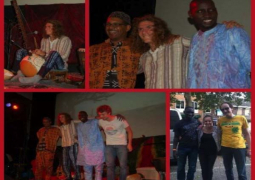 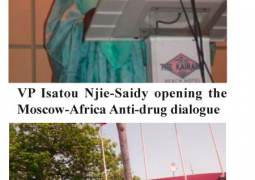