At least four police officers posted at the Bundung Police Station were on arraigned before the Bundung Magistrates' Court on a charge of aiding prisoners to escape from lawful custody.

When the case was mentioned, the presiding Magistrate, Kumba Sillah-Camara, asked the accused persons whether they intend to hire the services of a lawyer before taking their pleas and all responded in the positive. The fourth accused person, Dawda Jallow, told the court since the incident occured, on , they were all in detention and were never informed that they had been charged.

At that juncture the presiding Magistrate adjourned the case to the 24th September to enable them to secure the services of a lawyer, but ordered that they be remanded in custody until the next adjourned date.

The Origin Of Martial Arts 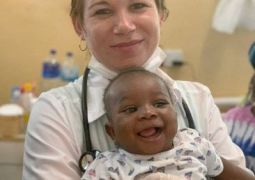