Foday Barry, former director of intelligence and investigation at the National Drug Enforcement Agency (NDEA), was recently cross-examined before Magistrate Dawda A. Jallow of the Banjul Magistrates’ Court, in the theft trial involving him.

Barry, who served as the second defence witness (DW2), told the court that he was employed at the NDEA on 10 June 2010 and had also worked at the Gambia Police Force (GPF), and the National Intelligence Agency (NIA), prior to being appointed at the National Drug Enforcement Agency (NDEA).

He said he was the director of intelligence and investigation at the NDEA. and knew Roberth Danquah and one Ousman Drammeh, who were prosecution witnesses four and five respectively.

He added that the two were both arrested by personnel of his agency, based on the intelligence information concerning Roberth Danquah being involved and a part of the organizers of the two tonnes of cocaine seized at Bonto village in the West Coast Region in early 2009.

DW2 further testified that during their investigation, they found out that Roberth Danquah was connected with the two tonnes of seized cocaine case, and that he had evidence to prove it.

Foday Barry disclosed that there was a DHL package sent by Roberth Danquah from Monrovia to The Gambia addressed to one of the accused persons involved in the two tonnes of cocaine trial, and who absconded, adding that part of the package was found in Baobab Island by the investigators.

The former NDEA director of intelligence and investigation further revealed that the said package contained some money and a satellite phone, stating that when Danquah was confronted, he made a statement confirming that he sent the package.

The satellite phone had something to do with the cocaine found at Bonto in 2009, said Barry.

Barry said it was based on intelligence information and support from the Special Organised Crime Agency (SOCA) that Roberth Danquah was arrested.

He further stated that after their findings, he (Roberth) was not charged because he escaped from lawful custody before the end of the investigation, and that he (Barry) was arrested before Danquah came back to The Gambia.

“I interrogated both PW4 and PW5 when they were arrested by my agency,” he said, adding that he was only informed that money was received from Roberth Danquah and not Ousman Drammeh.

Barry also told the court that he could not remember exactly the amount of money received from Danquah and that Ebrima K. Jammeh, DW1, counted the money which was kept at a safe in his office.

“Roberth told me that the money was meant for the legal fee of the convict in the two-tonne cocaine trial,’’ he stated.

He further told the court that this was one of the reasons why he believed that Danquah was connected to the two tonnes of cocaine organizers.

Barry denied the allegation that he requested 200,000 Euros from Danquah through PW4 (Ousman Drammeh), and that it was not correct that he found D12,000 in the bag of PW4.

He also stated that no suspect or detainee was interrogated by only one NDEA officer without others being present at Holgam.

He said he was not aware that Danquah was acquitted and discharged, and that it was also not true that he abused his power and authority to detain Danquah.

The case was at that juncture adjourned till 15 August 2013. 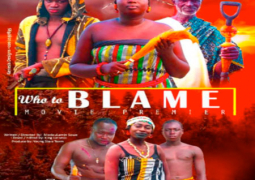