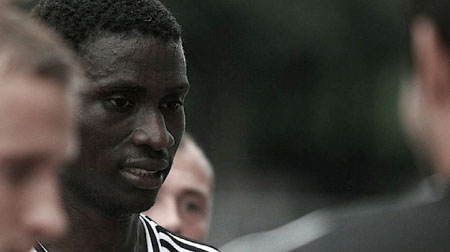 Yankuba Ceesay’s Kalju play Levadia next Saturday in the Estonia league as the club commence this year’s season with a good opening.

Mal, as he is fondly called, played in Kalju 1-1 draw against Sillamae Kalev on Saturday 16 March before going for national duties.

After his World Cup qualifiers against Ivory Coast last weekend, Gambian midfielder’s Estonian side is side to another outing.

With three matches played so far in the league, they are at 7 points and 4th on the table.

He scored 6 goals for them last season in 19 league appearances.

The 28-year-old’s last weekend game has made him present in all three of the Gambia 2014 World Cup qualifiers matches.

Yankuba featured against Gambia’s 1-1 draw with Morocco in Banjul and in Scorpions’ game against Tanzania.

3 foreign-based stars join U-20 in camp