The estimates of revenue, recurrent and development expenditures for the fiscal year 2010 (1st January to 31st December 2010) was on Wednesday 2nd December 2009, presented to the National Assembly by Abdou Colley, the Minister of Finance and Economic Affairs, for possible consideration and approval.

The Budget Management and Accountability Act requires the Minister of Finance and Economic Affairs to lay before the National Assembly, the Appropriation Bill Documents, at least 30 days before the end of the financial year.

As stated in the constitution the National Assembly is required within a maximum period of 14 days after receiving the estimates, to consider and approve it.

The total revenue and grants is estimated to increase from an approved level of D4.582 billion in 2009 to D5.439 billion in 2010, representing 25.32% of the GDP. This increase, according to Minister Colley, is attributed to both increases in domestic revenues and external grants.

He added that total Expenditure and Net-lending is also estimated to increase from D5.363 billion in 2009 to D6.039 in 2010, representing 28.12% of the GDP. This increase, he added, is mainly caused by increased in personnel emoluments, other charges and externally financed expenditures.

"Debt interest is projected to drop from D845.2 million in 2009 to D762.4 million. The share of debt interest to the GDP also continues to fall. The decline in interest payments is attributed to the projected fall in the yield on interest and the restructuring of the term.

Minister Colley is of the view that the government will strengthen it efforts to enhance public finance management in order to limit government domestic borrowing requirements.

In moving the motion, Minister Colley told the lawmakers that he is convinced that if approved, the budget would be a useful tool in achieving and sustaining macro-economic stability and government’s primary objective of reducing poverty.

Minister Colley revealed that The Gambia’s economy still remains strong despite the recent economic and financial crises that had hard-hit the global economy.

"Real GDP is projected at around 5% by the end December 2009, which is higher than initially expected at the end of the first quarter of 2009, due mainly to the growth in agriculture sector, which more than offset the decline in economic activities that hit the tourism and the residential construction industries," he stated.

He stressed that the stability of the Dalasi against major international currencies has also helped in controlling the rate of inflation, adding that both food and non-food items of inflation components had declined during the year.

While noting that the fiscal position had witnessed some slippage, largely caused by unplanned expenditures in the second quarter of 2009, resulting in a negative basic balance of D61m at end September 2009, he said the higher than expected revenue performance, particularly for international trade taxes could not match the huge expenditure overturns in the second quarter of 2009.

"My ministry is committed to improving on the fiscal management so that the position of the basic balance does not exceed negative D190.5m by end December 2009.

"It is important to note that there is greater need to restrain government spending within its available resources so as to reduce the stock of domestic debt and the interest rate of the debt. The domestic debt to GDP ration currently stands at 25% and this is worrying if government appetite for spending is contained.

"Overall debt interest consumes around 20% of our domestic resources and for that matter limits government's effort to increase resources for the spending on social programmes and projects. There are plans to restructure the terms of our treasury bills instruments in order to generate greater fiscal space for spending on investments," he revealed.

According to him, the performance under PRGF-supported programme is generally positive for both quantitative targets and structural benchmarks.

"All the quantitative targets were met except for the basic balance. Both the net international usable reserves and the net domestic assets of the Central Bank of The Gambia were met with comfortable margins. All the structural reforms, such as the establishment of a Credit Reference Bureau, the publication of quarterly balance of payments statistics and presentation of a national debt sustainability strategy to cabinet have also been met," he concluded. 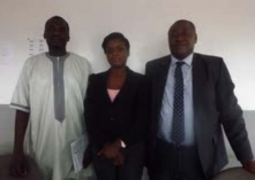 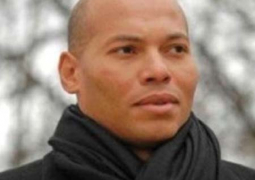 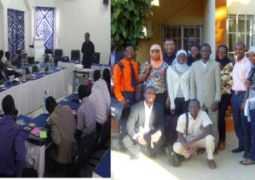