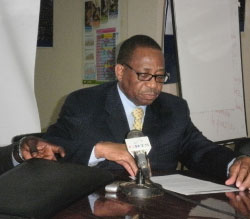 While the Gambia government is grappling with reversing the trend of the “significant drop” in revenues as a percentage to GDP from 17.5 per cent in 2007 to about 14 per cent in 2011, it also plans to put in place fiscal reforms that will review higher tax rates as well as broaden the tax base to make tax payments less burdensome.

With over 80 per cent of the Gambia government’s 2012 estimated total revenue to come from mainly taxation, it is interesting to see how the government could implement tax reforms that would ease out the increasing tax burden on businesses, entrepreneurs and, by extension, the people in 2012.

To realise the two sides to the same coin, the government has engaged the IMF in working out the fiscal modalities of the exercise and once finalised they will implement these “comprehensive tax reforms”.

In the last four years or so, entrepreneurs and corporate bodies in The Gambia have been raising alarm over the increasing taxation in the country.

According to statistics, total taxes on profits are in the region of 283%; which makes it difficult for a business to be successful if forced to pay almost three times the total profit it earns. The high interest rates of commercial banks, which is between 14 and 20%, are also hindering business expansion and investment growth in the country, although bankers will say the high interest rates are a product of the risks involved in giving out loans, considering the increasing level of non-performing loans in the country.

However, bank loan rate, it is believed, is hitting hard on the profits of many businesses, giving rise to many commercial enterprises and establishments shying away from taking loans owing to high interest rates.

The Gambia is generally considered a taxed-based economy as the chunk of its revenue year in year out continues to be dependent on tax.

The 2012 budget therefore is heavily dependent on tax revenue with concise revenue measures put in place to ensure the government generates most of its estimated tax revenue this time around to avoid the declining trend of tax revenue it has been grappling with over the years.

Furthermore, the IMF Country Report for 2012 has also recommended near-term measures to reverse the drop in revenues that occurred in 2011, including an immediate adjustment in fuel prices, so that the full value of the excise taxes could be collected.

“While this adjustment would provide a modest, but much needed revenue boost at the end of 2011, adhering to the fuel price formula going forward would have a strong impact and could recoup much of the 1 per cent of GDP of revenues that were lost in 2011,” the IMF country report states, while recommending additional measures for the 2012 budget to lift projected tax revenues to 13.2 per cent of GDP — the same as was collected in 2010 — including extending the coverage of the general sales tax to electricity.

To improve tax compliance, the government has set up a Commission of Inquiry on Tax Evasion, which is in progress at the High Court in Banjul. At the same time, the Gambia Revenue Authority (GRA) is stepping up implementation of administrative measures in line with recommendations by the Fund’s technical assistance.

“Measures taken to increase compliance among large taxpayers appeared to have helped to significantly increase income tax filings,” the Fund’s report states, adding: “However, revenue collections have not gone up. The GRA cited a lack of trained auditors as a primary reason for the weak revenue effects.”

Improving tax compliance is necessary not only to boost revenues in the near-term, but also to provide a foundation for introducing Value Added Tax and other tax reforms.

Noted the IMF report: “The authorities’ decision to establish a commission of inquiry on tax evasion could raise awareness among the public and hopefully lead to a buy-in on compliance enhancing measures.  At the same time, the Gambia Revenue Authority urgently needs to strengthen the large taxpayers unit, particularly its auditing capabilities.”

While the government is desperate to raise more revenue this year, or regain its lost revenue, to stave off the 2011 situation and address major fiscal responsibilities, it also has the challenge of overhauling the country’s tax system to encourage investors/investment and even swift payment of taxes by firms.

“Our assessment through the technical assistance of IMF in The Gambia indicated that the tax system is a little bit outdated. There are so many taxes that don’t even yield enough revenue to warrant collecting them,” Meshack Tunee, IMF resident representative to The Gambia, said at a recent press conference held at the UN House in Cape Point.

Going through the payment of so many taxes discourages foreign investors, the IMF country representative noted, while calling for an overhaul of the country’s tax system.

“Tax rates are still very high even by regional standards, but it could be lower and made more efficient,” he said. “It is easier for businesses to spend resources elsewhere in productive investment rather than hiring accountants at exorbitant prices to try to make sure that they don’t pay those high rates, when the taxes are high.”

Faced with this economic order, the government is therefore challenged to increase revenue in 2012 to meet its national development outlays and cushion domestic borrowings while at the same time needs to implement tax reforms that would ease out the increasing tax burden on firms, commercial enterprises and entrepreneurs and, by extension, the general public. 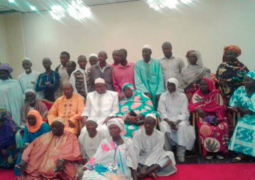