It's decade now since the struggle for the banning of FGM (Female Genital Mutilation) began in the country.

What is obvious is that looking into the health perspective alone, experts outlined that it's unhealthy and in fact does more harm than good.

According to human rights instruments, every individual is entitled to good health and dignity. So if that's the case then justice is not on the side of those who receive such harmful traditional practices all in the name of culture.

There are many organisations in The Gambia that champion the fight against harmful traditional practices, the rights of women and girls, prominent among them, is the Gambia Committee on Traditional Practices affecting the Health of Women and Children (GAMCOTRAP).

With this move and others, Gamcotrap have indeed shown once again their commitment to promote and protect women and girls' political, social, educational and sexual reproductive and health rights, and support any national and international declarations that protect these rights, in particular, the convention on the elimination of all forms of discrimination against women and the convention on the rights of the child.

The organisation aims to create and raise the consciousness of men, and women about traditional practices that negatively affect the health of children and women, while encourage positive practices. In addition, they aim to protect the rights of children and women by advocating their participation in decision-making processes.

The forum was meant to educate and enlighten the participants about the consequences of FGM, and to enable deputies do something positive for possible legislation against the practice.

During the discussion, She She She observed with keen interest some of the deliberations, and brings into focus some of the main subjects.

The national member for Niamina West District, Honorable Lamin Jadama said "the phenominum affects each and everyone in one way or the other, it is good to be ambitious, we are happy and convinced that this practice should be stopped since it's against women's health".

For Hon.Abdoulie Saine member for Banjul Central, said that many used to say that FGM is highly practised in the urban area, due to rural-urban drift. 'It is important for people to be coming to the parliament to listen to us because whatever we discuss there is always the development of the country, and also let's try to stop hiding things that are harmful".


"We had a meeting on the bill, but when it comes it was not ratified, the fact of the matter is that education is lacking, I'm urging Gamcotrap and others, including us (parliamentarians) to add efforts in fighting FGM," said Hon. Paul Mendy.

On behalf of women, Aja Nano Touray appealed to the deputies to help them liberate young girls from the clutches of the practice. She noted that deputies should do something about it so as to put an end to it.

"Majority of women face a lot of difficulties during labour and even in marital affairs with their husbands, so please help us we are your partners, and you are our elected members. We deserve a help from you.

Hameh Krubally and Yaya Jarjusey, Seffolu for Basse in the Upper River Region and Soma Lower River Regions, respectively, all raised concern about the practice.

One thing that is important is that all participants admitted that FGM is harmful, and thus needs legislation.

For Dr. Isatou Touray, the Executive Director of Gamcotrap, its legislation is the key to protect the girl children from harmful traditional practice.

She she she commended all those who make the deliberations. 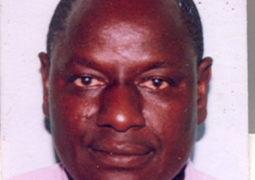