As part of the celebrations of the international women's week the wassu kafo on Tuesday organised a conference on female genital mutilation at Sheraton Hotel.

In her opening remark the vice president and minister for women affairs Dr. aja Isatou Njie Saidy said it is their intention for Gambia, to re-dress the issue of fgm, through sensitisation i.e. IEC  and thus, look at alternative ways of addressing this global problem and concern. 'We now realise that it is indeed a deep-rooted traditional practice that has passed on from our generation to another since the Nubian era or days", she said.

Harmful traditional practices today she added are happening in and in many other parts of the world. The practice she went on, endanger the lives of many women, globally, ranging from fattening, foot binding, early marriages, incest, tattooing, tribal marks, food taboos, to female genital mutilation/cutting. ' the harmful effects of fgm/c we are informed by medical practitioners ranging from infections, complications with child birth, vvf and other long term health complications, for women, furthermore, it violates the rights of girls and women, to bodily integrity. is one of the twenty eight countries in , where the practice exists and strategies according to UNICEF, cluster survey or MICS 2007, show a prevalence of almost 78%, this figures indicates that a lot needs to be done, in the area of eradication of FGM/C"

VP Njie-Saidy however disclosed that government had discourages all harmful and health hazxadous practices mainly, through public education/sensitisation, and through creating further awareness, of the harmful effects of this and other practices. All of their endeavour in the Gambia to discourage FGM/C, she noted are reinforced and backed by sound policies and legislation, for example the children's act, UN CEDAW the AU protocol discourage all forms of harmful practice on children and women. Currently, the does not have any specific or a particular law, banning fgm, and it can be addressed through IEC and alternative initiation processes for women and girls, she emphasised.

'We therefore, believe that legislation, to ban fgm, may be difficult to implement, but instead public media education, backed by facts and figures, based on empirical data, may create an understanding and enable environment through health related studies, to confirm its health implications which have been documented over the period" she concludes.

For her part the executive director- wassu kafo professor Dr Adriana Kaplan has said that the struggle against harmful traditional practices has been developing for over 25 years, promoted by international agencies like WHO, UNFPA, and UNICEF and the inter African committee on harmful traditional practices with the active support of the NGO community and some African governments.

The main objective of the international forum she said was to learn, review and update what has been done in the and to draw useful lessons and good practices from countries and organisations that have successfully implemented projects concerning fgm/c in and in , through the promotion of a holistic approach.

The forum will help them to identify challenges and constraints faced by organisations and stakeholders campaigning on fgm/c and this she went on will involve the work of international organisations, non-governmental organisations, government agencies who have worked tirelessly to curtail harmful traditional practices.

'Although the fight against fgm/c has been long and still continues, there are stories to be shared around the globe, from the shores of this west African coastline to the eastern part of Africa and countries in the northern hemisphere. These successes have definitely made an impact, although the problem has not yet been solve. In addition, sharing ongoing research on fgm/c recognises the importance of proper and adequate scientific knowledge to improve the work being done on this subject of concern".

Professor Kaplan however said that the forum offers an opportunity to discuss the current situation of fgm/c in Diaspora with special mention of African and Gambian immigrants in , focusing on and as the migratory phenomenon is one of the greatest challenges faced by humanity.

'FGM/C causes a negative social impact in Europe because it contravenes legal, medical and cultural principles, creates profound professional dilemmas and at the same time, stigmatises the populations that suffer from it, thus reinforcing prejudices and stereotypes", she concluded. 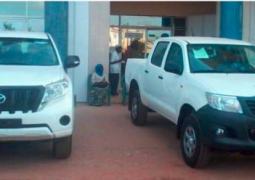 Gambian Children to Participate in an International Painting Competition 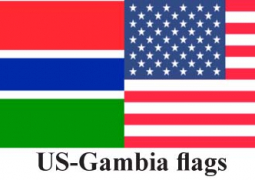