According to Sang Mendy, Public Relations officer of the Brufut based academy, they have been expecting the Ivorian football academy in The Gambia on the 28th of this month, but have received confirmation from them that they have already booked a flight to come for .

Sang Mendy reliably informed our newspaper that the scheduled date for its proposed talent execution day had now been moved to the following weekend at the same venue, ground commencing at 9am.

He said this decision has been met following a meeting on Saturday with the player and coaches.

"When we met we realized that the earlier proposed date of 25th will surely coincide with the last Saturday of the month which is dedicated for the national clean up day. And the coming of our guest from Ivory Coast so these and coupled with a sad event that struck the academy last week when three of our players lost their parents, are tangible reasons for the rescheduling of the event till the coming weekend," he highlighted.

Buba k Jallow also a member of the Academy described the move as positive citing that they are yet to gather funds for the academy to ensure a successful hosting of the event.

He called on companies to assist and sponsor the event as they will also have the opportunity to advertise on a newsletter the academy is producing, as well as on the website of the academy www.gilkock.com 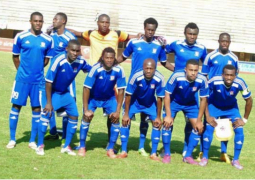