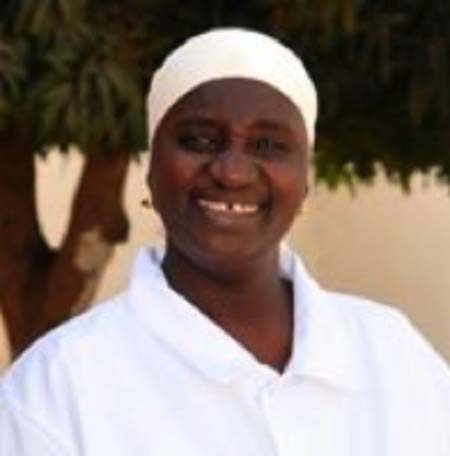 The Vice President and Women’s Affairs Minister, Isatou Njie Saidy, has said the award given to Fatou Gaye, a nurse, is a laudable gesture, for having built her own clinic and helping dozens of women from disadvantaged families to safely deliver their babies, which was a clear testimony of her dedication to nation-building.

Vice president was speaking at the award ceremony of Fatou Gaye as the Gambian woman of the year 2015 by “What’s on The Gambia,” a leading online entertainment and society magazine in the country.

She said Fatou Gaye is taking care of more than 50 young girls, some of whom are orphans, and that this is commendable, and called on others to emulate the same for the development of the country.

Fatou Gaye is known in her community for dedicating herself to helping others, and the award was aimed at celebrating her achievements and encouraging her to continue the good work she is doing for The Gambia, she continued.

“In December 2014, what’s on-Gambia decided to name her as the Gambian woman of the year 2014, and she was nominated by some of her European partners, who are currently with us here to witness the award ceremony,” VP Njie Saidy said.

This could not have come at a better than this in her drive to help others, as she created a residential hall for the many young girls under her control, she went on.

The initiative is to complement the government’s efforts in providing shelter for the less privileged people, making available development at the doorstep of every Gambian and empowering the woman and the girl-child, according to the VP.

“In December 2014, we named Fatou Gaye as the Gambian woman of the year 2015. She is an ordinary woman that consistently and continually sacrifices her own needs in the trust of others,” he said.

“What’s on Gambia” has some partners in European countries who investigated what Fatou Gaye is doing and her clinic, and that was why my organization awarded her Gambian woman of the year 2015,” he said.

Fatou Gaye, founder and nurse in charge of Ibrahim Nyassi Clinic, thanked the donor agencies and government partners for coming to her aid.

She was proud to be named Gambia woman of the year 2015, she said, adding that the clinic was established in 2009 and since then it has attended to 413 deliveries through the support of her team.

“I am very grateful to what’s on the Gambia for recommending my efforts to the international level. The government alone cannot do it, so we need to sacrifice for the better,” she said.

She thanked Sunshine the Gambia through Glyn Jones’s project, who gave the clinic D25,000 for the payment of salaries of the staff.

She also thanked the Antwerp Banjul Challenge for donating an ambulance to the clinic, which they are currently using for referral purposes.