Farming Picks up in Foni as Rebel Attacks Decline

The Alkalo of Gilanfarr, Kawsu Badjie, has told The Point that the recent upsurge in rebel attacks in Foni is beginning to subside. According to him, people in the area, particularly farmers, have for the past few months been living lives of discomfort and fear because of the attacks. He stated that they are now enjoying a period of relative peace of mind as the attacks are decreasing. "This is something we really have been praying for. We now have some peace of mind and we can go back to our farms without any fear of intimidation," Mr. Badjie said.

The Alkalo, who has been serving in the position for 27 years, confirmed that there is safety in parts of Foni now including some border villages. He finally thanked the Gambian and Senegalese governments for their efforts in bringing about a cease-fire that has allowed proper farming to resume.

Many farmers who spoke to this reporter confirmed what the Alkalo said and expressed similar sentiments. They expressed their desire to see the end of the rebellion in Cassamance. 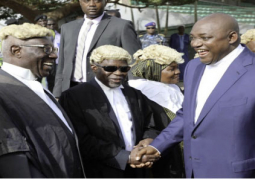