One Madikeh Faal, a driver, was on Monday discharged and acquitted by the Brikama Magistrates’ Court presided over by Magistrate Abeke.

In his judgement, Magistrate Abeke stated that in 2010, the accused, Madikeh Faal, was arraigned before the court and charged with four counts of use of unlicensed motor vehicle, unlicensed driving, driving a motor vehicle without road tax and careless driving.

He said the accused pleaded guilty to count one, two and three, for which he was convicted, but denied count four, adding that during the trial the prosecution called three witnesses and tendered exhibits.

Magistrate Abeke added that after perusing the evidence before the court, the court found that the prosecution had failed to prove their case beyond all reasonable doubts.

He consequently discharged and acquitted the accused person. 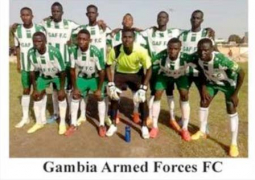