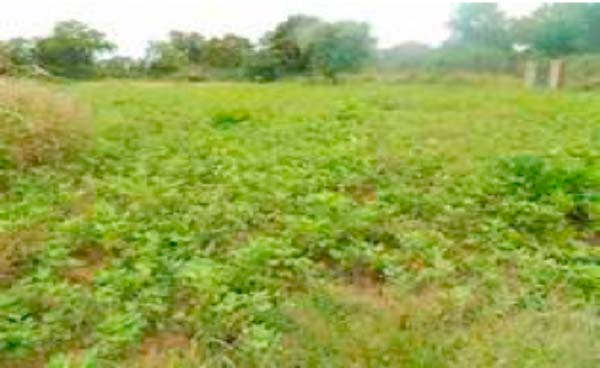 The mass exodus of Gambian youth to Europe, through the Sahara desert to the Mediterranean Sea, is taking a heavy toll on the country’s agricultural sector.  Kebba Jeffang reports that the sons of the farmers have left the pastures at the farms in The Gambia for a greener pasture in Europe.

A lot of farmers across The Gambia are experiencing hardship at their farms due to shortage of manpower.  Their children, the energetic youth, who often provide the labour at the farms are gone to Europe through what is commonly called in The Gambia ‘back-way’.

Farmers from almost all the regions of the country have bemoaned the absence of their children at the farms.  Some of the farmers could no longer farm the normal size of land they used to cultivate while those that are a bit better off now have to pay for the labour at their farms.

The farming economy is the only means of income creation for the majority of rural families most whom live below the poverty line.

According to Access Gambia, an online resource centre on Gambia, 80 per cent of the country’s population depends on agriculture for food and cash income.

The agricultural sector is one of the most important sectors of the Gambian economy, contributing 32 per cent of the gross domestic product, and accounting for 70 per cent of the country’s foreign exchange earnings.

Access Gambia has it that about 54 per cent of the land area in The Gambia is good quality arable land, out of which about 39 per cent is currently under cultivation.

But with the mass exodus of youth, the main labour providers at the farmers, the land area under cultivation could be affected.

Kani Camara, a native of Sandu Kuraw, said the irregular migration of youth has pinned down the farming activities in their community.

“Now some of the farmers who are a little bit better financially pay people to do the cultivation and some of the other labour intensive works at their farms because our brothers and sons are all gone,” he said.

“We pay for sowing, weeding and harvesting.  The payment for labour now adds to the cost of buying fertilizer and this year, we bought a bag for about D1,000.  So this is a big problem for us even though we know that when these people succeed in Europe we will enjoy it but truly speaking, this year we have suffered at the farms.”

For Lamin Fadera in Kiang, the children do not just go to Europe.

He said: “Sometimes, it is the family members themselves who make arrangements to send their sons to Europe through the ‘back way’ because they believe they can have instant success in Europe than in farming.

Fadera said the absence of the youth at the farms is not helping farming activities, particularly this year.

“Every community you go in Kiang depends on farming during the rainy season and many of the families solely depend on their sons to do the work.  So in the absence of our sons, the harvest this year would be less,” he said.

Rohey Boye who lives in the Central River Region (CRR south) said some of them helped their children to travel through the back-way because “we are poor and farming has not been the solution to our poverty”.

“I know whatever God said should happen would happen but thisa year I am not expecting to harvest my normal harvest because my son who used to help me to pay a tractor to plough the farm and buy fertilizer and herbicide is gone to Europe and he is yet to start sending anything back home,” she lamented.

Meanwhile, according to the International Organisation for Migration (IOM), Gambians, Nigerians and Eritreans make up almost 40 per cent of all arrivals to Europe through the Mediterranean Sea in the first seven months of 2016.

It states that 28 per cent of Gambian migrants are unaccompanied minors, meaning 28 per cent of the young people leaving The Gambia for Europe are children age 17 and below.

The Gambia National Youth Council said the growing number of young people sailing to Europe has so many causes including low rate of employment, poverty, inadequate quality and relevant entrepreneurship skills for job market.

The youth body said the lack of required educational level to attract employment, attractive infrastructural development in Europe, and remittances from successful Gambians in Europe are part of the both push and pull factors.

A social commentator has said in order to curb the increasing trend of youth to Europe, the Gambia government and other governments in Africa must reverse the factors causing the irregular migration.

The expert said the governments must create employment and initiate poverty eradication programmes but also create an accommodative environment for young people in the governance systems by tolerating divergent views.