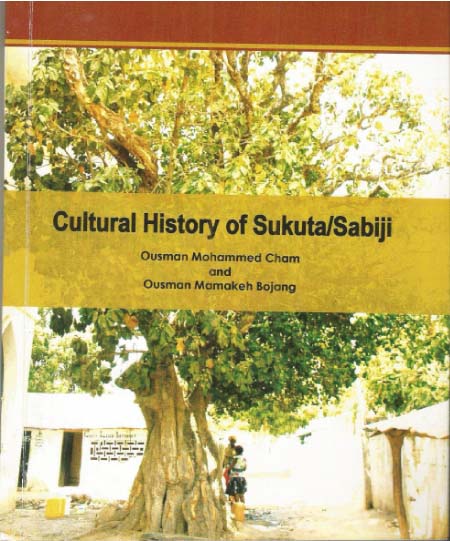 This is a ground breaking historical text which seeks to enhance our understanding of Gambian history but through the micro level of local social history. In the past decades since John Gray’s magnum opus History of The Gambia published in 1940, several scholars have attempted to write aspects of the history of this country, but usually in large chunks such as an overview of  Gambian political history since the demarcation of the colonial borders as Arnold Hughes and David Perfect have done in 2006; or in large themes of colonial elite identity as Dr. Florence Mahoney has done in her highly cited and worthy thesis ‘Government and Public Opinion in The Gambia 1916-1901’. Such attempt at tackling our history in a large scope or broad thematic format has succeeded in leaving out the ordinary people in Gambian historiography. Now the good news is that this book has exactly done the opposite by focusing on the history and culture of a single community, Sukuta/Sabiji, 35 km outside Banjul, the capital.

Now I must say a word or two about local history: it is simply the opposite of national history. Local history is more specific and less ambitious in the epochs, themes, personalities it seeks to cover. It talks about the deeds or misdeeds of the ordinary people, and not the big people who form the elite. Local history therefore, says Raphael Samuel(1988) ‘mobilises popular opinion  and engages popular passions’. BalaAchi(2006) adds that ‘communities use local history as a reservoir that satisfies their curiosity, pleases them and inspires them towards a greater future in which they can gin respectability within the nation state’. Local history concerns the ‘otherness’ in Southern studies.

Mr Cham, is a seasoned civil society activist and international civil servant, and MrBojang, is  a respected University of The Gambia lecturer and historian. The authors are therefore, the right pair who has produced a unique book.

What makes the book unique is that in its 11 chapters, and 160 pages, a bird’s eye view of the 400 year history of an entire settlement is given with utmost accuracy and in resounding language. There is neither hearsay, no rumour nor guesswork, only historical facts. Another strong point of the book is that the authors have written with great passion but with a good detachment and objectivity. They belong to the community, and so could have highlighted the deeds of their own families and ignore the achievements of other families. A third strength of the book is the rich illustrations of photos and maps which helps to reduce the monotony of bare text.

As a matter of fact there is nothing in the 11 chapters which is monotonous. In chapter one for example, the orgins of Sukuta/Sabiji is discussed starting from the arrival of Amulie Cham, the founding scion of Sukuta in the 1650s(p.3-4). As he was of Tukulororigins and well versed in Islam, he gave his host his knowledge of religion, and the host in turn gave him their language, Mandinka which the Chams happily adopted. Here we see an exemplary instance of cultural give and take, which Gambians should continue to imbibe.Those who aspire to live in a cultural and religious cocoon will surely wither as they will be asphyxiated by arrogance and ignorance. In chapters 2 and 3 we have a glimpse into the rich religious heritage of Sukuta/Sabiji dating from the 17th century when the Chams started a religious conversion of their hosts who were non-believers or lax Muslims (p.17-18) and the eminent role of Sukuta warriors in the famous jihads of FodaySillah, the Islamist ruler of all Kombo (p.31). We learn here that Sabijihad one of the biggest mosques in West Africa before it was destroyed by the British in 1855. In chapter 4, the authors expose us to the great men and women of Sukuta from General Lang Cham Sally (p.34), who was an accomplished marksman and military strategist to Lang Jatta and Tida Cham Mbalkoto(p.38), a great medicine woman who defended Sukuta from enemies. In chapter 5, an interesting revelation is made of the nexus between Gunjur and Sabiji, two great Mandinka settlements known for their long association with Islam; the authors explore the intricate but highly balanced power structure in Sukuta in chapter 6, and further explore the colonial impact of colonial rule on Sukuta. Other social issues like education (p.85), gerontocracy (p.115) and youth matters in the community are explored with much detail in the remaining chapters.

From the book, it is clear that Sukuta/Sabiji has indeed given a lot to the Gambia as in tolerance: Sukuta is a Mandinkacommunity which has for 20 years voted in an MP who was born and bred in Banjul who did not even speak the language of the community, Mr AB Njie (p.106); has an Imam, a spiritual leader, a Wollof, whose ancestors come from St. Louis in Senegal.

From this book we also know that Sukuta has given to the Gambia accomplished and brave women ranging from BintaTouray, the forgotten athlete; Mama Bojang and JongkundaBojang, the political heavyweights of the 1960s(p.107), and role models like Yama Awa Cham, one of the first female student from Sukuta among others. This is why another title of this book can be What Sukuta/Sabiji has Given to Gambia?

Finally, what benefit can this book bring to Sukuta/Sabiji: first, the material here can form the basis for a Sukuta village museum which will attract visitors from all over the world to add value to the annual festival which takes place here. The homes of the old chiefs such as NfansuBojang, MambunaBojang, Fakaba Bojang, Mamadi Cham can be turned into a historic trail to attract tourist and bring jobs into the community 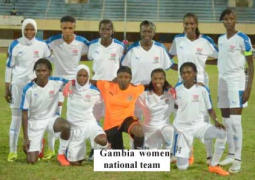