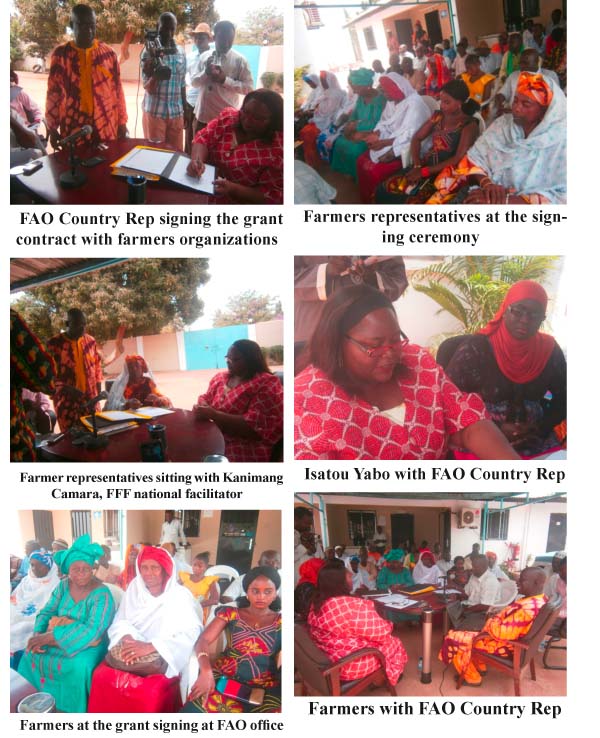 The Forest and Farm Facility (FFF) under the Food and Agriculture Organization (UN FAO) Tuesday signed a supporting grant amounting to $67,400 equivalent to D2.7 million to be shared among nine forest and farm producer organizations, meant to implement their activities across the regions.

The signing ceremony was coordinated by the Forest and Farm Facility national coordinator with his staff under the approval of the FAO country office.

The small grants are designed to provide direct support to forest and farm producer organizations grouped around Forest and Farm Facility Pillar 1 and Outcome 2.

Speaking at the signing ceremony, the FAO Country Representative, Perpetua Katepa Kalala, expressed appreciation of this global initiative, which is co-sponsored by IIED, IUCH and FAO, and which seeks to promote sustainable forest and farm management by strengthening capacities of stakeholders for effective engagement in policies and investments.

This engagement is at various levels: the international, national and local levels, she said.

She said a key constraint was access to initial capital to carry out relevant initiatives for investment and awareness-raising.

According to her, the nine community groups were selected in a competitive process.

The nine groups that have been selected would share D2.7 million. Each group would receive between D280,000 and D360,000, she further stated.

The funds would support a variety of activities as follows: “All Gambian forestry platforms enhance the capacity of forest user groups in processing, packaging and marketing of non-forest timber products.”

The FAO Country Representative said FAO is confident that these funds would make a difference in the lives of those communities where the intervention would occur.

She encouraged farmer producers to take time to document important lessons that would come from their intervention, so that others may also learn from their experiences in the future.

She thanked the Ministry of Forestry, whose leadership and guidance have set the tone for prioritizing community forestry as an important element for the sustainable forest and farm management.

The FAO official thanked the efforts of the NEA, with whom they are working closely in the implementation of the Forest and Farm Facility.

The FAO Country Representative also thanked the NACO director, who doubles as the National Coordinator for Forest and Farm Facility for his personal commitment to the FFF, adding that community forestry is central to the success of the project.

FAO was proud and committed to stand with the government and the people of The Gambia in enhancing the sustainable management of Gambia forests, soils, water and farms to the benefit of all.

Aja Fatou Mboge, who spoke on behalf of the beneficiaries, expressed appreciation of the initiative, adding that this was the first of its kind when farmer organizations are given funds to manage for themselves.

She thanked the FAO and FFF for the trust bestowed on them, and promised that they would live up to expectations in the implementation of their activities across the regions.

In his vote of thanks, the president of the National Farmers Platform of The Gambia, Alagie Bassi Mboge, expressed delight about the official signing ceremony of the FFF contract with their respective farmer-based organizations from all over the country.

According to Mr Mboge, the NFPG through the FFF programme had made landmark achievements for the entire farming communities.

He said the FFF activity had indeed improved the livelihood of farmer producers in enhancing value addition and income generation through product training based on fruit trees, vegetables and handicraft.

He thanked FAO for their active and meaningful partnership with the Gambia government and by extension the entire farming communities. 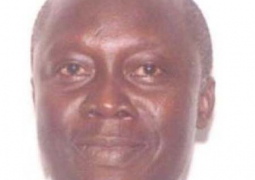