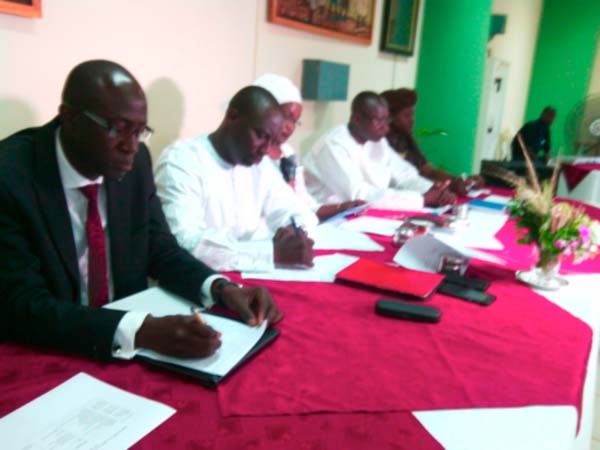 Stakeholders in the tourism sector Tuesday met at the Banjul International Airport to discuss the 2015/16 tourist season.

The forum organised by the Gambia Tourism Board, in collaboration with the Ministry of Tourism and Culture, brought together service-related personnel at the airport.

In his statement, Benjamin Roberts, Minister of Tourism and Culture, said that was the third forum they held to discuss the challenges in the sector, and to see how they could work together to address them.

“As we have begun to experience the first flight in September and the day after the GTB narrated the challenges that customers normally face at the airport, we should expect these challenges at the airport because of human nature,” he said.

He said they should all join hands to ensure tourists who arrive at the airport are well taken care of, adding that if “the country moves and develops they would all enjoy either directly or indirectly”.

The Tourism minister further informed participants at the meeting that the airport is the first point of contact for tourists; it is where tourists would have their first impression, and is where they would also experience their last impression when they leave the country.

“We spend a lot of money by selling this destination, and the reality is our best customer is the one who tells the good thing about The Gambia,” the Tourism minister told the stakeholders.

In her remarks, Catherine Nying, deputy director general of the Gambia Civil Aviation Authority (GCAA), said for them in the tourism industry the year had just gone for the commencement of 2015 winter season, as custodian of Banjul International Airport.

Deputy Director Nying thanked the Gambia Tourism Board for selecting the GCAA as the avenue for the forum, adding that it had emphasised the significant role the airport was playing in the tourism sector.

“I also commend you for strengthening our partnership towards the better positioning of Civil Aviation and The Gambia Tourism Board in the area of tourism both within the region and the world at large,” said deputy director Nying.

The airport was a complete dynamic facility that would always be ready to compete globally in terms of marketing the destination, she went on.

“We face various challenges, key among which is request to consistently meet and exceed customer expectations,” she said.

Improvements have taken place at the airport in the last two to three years, and this included the renovated toilets, the checking counter and new x-ray machines as well as vehicle parking lot.

The airport improvement project would also bring about a new landing system, she further stated.

“Our airport customer base covers both airlines and passengers, and is the first point of entry into the country,” she continued, adding that service delivery was key as well as security procedures.

GTBoard director general Abdoulie Hydara talked about the key challenges that customers face at the airport, when they first arrive in the country.

He said research had shown that every happy customer that would come to this country for the first time and talk about the bad experience of the destination, would also go and tell four people, as a result, there would be multiplication of unhappy customers.

“We should always try to make sure that whenever a tourist visits the country let him or her be happy, and let us make sure that the positive welcome lasts forever,” Mr Hydara said.

He said the reason they called for the meeting was for them to discuss the issues as a family - what are the constraints and challenges the customers face at the airport?

He said all the points that he raised were concerning customers who visited the country, and shared experience with them about The Gambia.

The meeting was chaired by Adama Njie, director of Marketing at the Gambia Tourism Board. 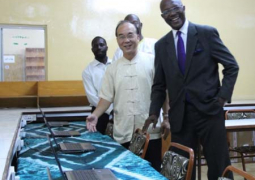 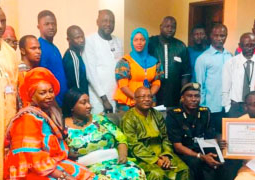