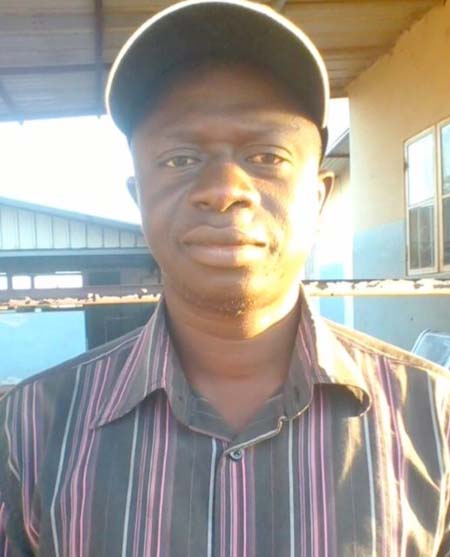 The family of Amadou Sillah, known in the Gambia Armed Forces as Cadet Sillah, has called on the government to thoroughly and expeditiously investigate his alleged execution 22 years ago.

Sillah, who graduated from the GAF training school in 1992 as a Cadet Officer, was accused of involvement in the failed coup attempt of 11 November 1994.  It was the first of a series of alleged coup attempts to remove Yahya Jammeh, who himself came to power through a coup.

Mamudou S. Sillah, the younger brother of Cadet Sillah, said since then, November 1994, the family heard nothing from Amadou.  Amadou and Mamudou are the only male siblings of their father who died on 24 August 1994, shortly before the disappearance of his first born, Amadou.

“The last time I saw him was on a Wednesday when he visited me at the compound of his late friend, Bekai Camara, in Bundung where I was living. We discussed many things.  The next day was on Thursday and it was that Thursday night towards early hours of Friday morning that the said attempted coup happened,” he said.

“I did not even hear the incident; it was the brother of L F Jammeh, Yusupha Jammeh, who informed me about it.  He told me L F was also allegedly involved, but he escaped; Amadou was captured.  I hurriedly went to the soldier friends I know with him [Amadou] but no one could tell me anything as of that time; they were all afraid.

“It was a week later that I was told that he was captured and eventually killed.  I was even told the names of some people who were involved in his killing.”

Mamudou said he and his family have already lodged an official complaint at the police headquarters, following the new government’s announcement that people should report the case of their missing relatives and loved ones.

He said they want the state authorities to thoroughly investigate his brother’s death, and make the perpetrators face justice.

According to him, some of the soldiers who know of the incident are around in The Gambia and are willing to testify.  One Sergeant Ebrima Fatty has told Foroyaa newspaper that he has knowledge of the incident, and is ready to say all that he knows.

Mamudou said: “From the state investigation, we want to know where Amadou was buried so that he can be exhumed; we want to bury him according to the Islamic rites.  Because of his piety, he was made the Imam of the Farafenni army camp when he was there on posting.  When he was transferred to Yundum barracks, he was widely known there as ‘Oustass’.

“So a pious Muslim like him should not be left buried without following the Islamic rites.  We want him exhumed so we can bury him according to our Islamic rites.”

According to sources, at the turn of events on 11 November 1994, a lot of soldiers who were accused or suspected of plotting the coup were captured, killed and dumped.

Some of the families of these people are also calling on the government for thorough investigations.  The family of DOT Faal, an army officer also said to have been killed, following the failed coup attempt, has also called on the state, through the media, to investigate the matter.  They family wants justice.

As a result, Mamudou Sillah said it would be better when all the families of the victims of November 1994 could form themselves into an association.

“I want all the victims of the November 11 to come together to form an association, and to meet with the Interior minister for him to subsequently lead us to the president so that we can table out concerns to him,” he said, adding that the family members could contact him on +220 7822190 / 6983069 so that they could see how best to approach the formation of such association.