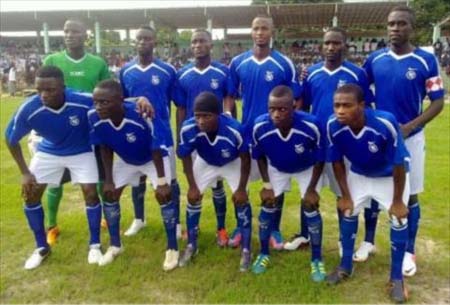 Falcons beat Manchester United 4-2 on post-match penalty shootout following a 1-all draw at the Serrekunda East Mini Stadium on Wednesday.

Kissima Conteh gave Manchester United the lead in the 2nd minute of the game but Solomon Kanform came to the rescue of his side in the 21st minute, thus the game ended 1-1 resulting in penalty kicks which ended 4-2 in favour of Falcons.

On Tuesday, Medina FC beat neighours Milan FC in a keenly-contested Tallinding derby played at the East Park to also secure their place in the semifinal stage of the knockout competition.

Modou Lamin Jatta scored the only goal of the game for Medina FC in the 79th minute of the encounter from a sensible header after capitalising on a Bakary Darboe cross.

Speaking to reporters shortly after his side’s win over Milan FC, Ansumana Jallow, head coach of Medina FC, expressed delight with the win over their rivals, saying Milan have been a problem for his side over the years.

He said they prepared to win to improve their record against the neighbours and also to bring back the confidence and trust of the fans in the team.

Jallow said the win was dedicated to the fans so they would have confidence in the team again, as they were last year’s league champions but crashed out of the competition in the group stages this year.

He said they would prepare very well for their semifinal encounter to secure a win and possibly lift the knockout trophy as a compensation for their fans.