Mr. Yunusa Sanno, the alkalo of Brufut village in Kombo North, was recently cross-examined at Brikama High Court in connection with a land dispute case between Mr. & Mrs. Randolph, British nationals, and one Seedy Sanneh of Brufut.

Under cross-examination by Lawyer Lamin Ceesay, counsel for the defendant, Seedy Sanneh, Mr. Sanno told the court that the piece of land in question was allocated in the name of Seedy Sanneh.

Lawyer Lamin Ceesay produced some documents pertaining to the piece of land which the alkalo confirmed to have stamped and thumb-printed. He maintained that the property in question belongs to Seedy Sanneh.

Lawyer Ceesay further asked the Alkali as to who actually brought the said document to him for stamping.

The 86 year old Alkali replied that it was one white man and other black man.

Further asked as to whether he knows who owns the said property, he answered that it belongs to himself, Seedy Sanneh and his late brother, Pa Kalifa Sanno.

Asked whether he had the authority during his late brother's tenure to allocate land, he answered in the negative.

The case was then adjourned to .

The British couple are claiming ownership of the piece of land in question, currently occupied by Seedy Sanneh.

They are also claiming damages for trespass plus interest and cost. 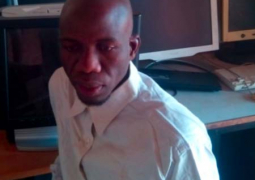