Magistrate Babucarr Secka of the Brikama Magistrates' Court recently convicted and sentenced one Yusupha Faal to a fine of D15,000 in default to serve one year in prison.

The court also ordered that his passport be returned to the Immigration Department.

The facts of the case as adduced by the police prosecutor 2259 Ceesay, stated that on 27 December 2010 the Spanish airline profiling officers at the were checking departing passengers when the accused produced a Gambian passport number PC307633 with fake German visa numbered 5585906 with intent to travel to .

Officer Ceesay added that the convict was subsequently arrested and taken to the taskforce at the airport, and the passport with visa was sent to the German Embassy in were it was confirmed that the visa was fake.

He said the convict was later cautioned and charged with the offence committed. 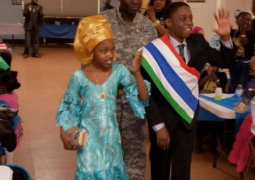