Fajara Skills Development Centre over the weekend held its 11th graduation ceremony at the institute’s grounds in Fajara attended by teachers, parents, different stakeholders and philanthropists.

The 11th graduation ceremony marked the end for 17 students, who successfully underwent a two-year intensive training course in skills such as sewing, fashion design, cookery, hair-dressing and beauty therapy.

The centre plans to introduce subjects such as English Language, French, computer science, mathematics, fine arts and entrepreneurship in January 2016.

At the graduation ceremony, sewing machines, a gas cooker and hairdryers were awarded to deserving students.

The magnanimous donation to the event through the Gambia Growth and Competitiveness Project under the coordination of Mr Tamsir Manga made the graduation ceremony possible for the centre.

Speaking at the ceremony, the Proprietress of the centre, Mrs Jean Able Thomas, said this was the 11th graduation ceremony since 1999, when the school was inaugurated.

According to her, “it is not the quantity or number that matters but the quality that counts,” adding that the occasion gives her some mixed feelings, of both pleasure on one hand for the student accomplishments and readiness with lifelong skills, and on the other hand sadness.

“I am not only parting with my daughters, but with friends. We care for the well-being of the individual by impacting cognitive knowledge and manual skills, and discipline is paramount in grooming them to be become confident ladies in their own way,” she stated.

It was anticipated that with the quality of training that these graduands received from the centre for the past two years, they are now empowered and have acquired sufficient vocational development skills and knowledge that would enable them to be gainfully employed, she added.

They would also be in a position to engage in their own small-scale enterprise to earn a living, and contribute meaningfully to national socio-economic development to the benefit of all, she continued.

Mrs Able Thomas also talked about the constraints the centre faces, such as land to construct their own training facility, adding that they have been applying for land since the year 2000.

They are presently renting the premise where the centre is being housed, she further revealed and appealed to well-wishers, philanthropists and the government as they need their own land.

“Fajara Skills Development Centre cannot function without financial help. Let us search our conscience, how we can help to support this youths to better their future,” she said.

She thanked the UN Resident Representative in The Gambia, Mrs Ade Mamonyane Lekotje, the Permanent Secretary of the Ministry of Trade, Mrs Naffie Barry, and Tamsir Manga, coordinator of the GGCP, who were very supportive of the event and development at the centre.

They use their offices to ensure grant material to the school, when the ECOWAS project for the vulnerable failed to honour their obligation, she said.

It had been a successful year for the centre, despite the constraints encountered, for which they are “indeed grateful.”

She thanked the teachers and staff for their support, for without them the graduation would not have been possible.

The graduands and some parents, who spoke at the ceremony, explained the way in which the centre transformed their livelihood, especially that of the graduands.

They also commended the proprietress for the love and concern she has for the students, adding that she has the development of young people of the country at heart. 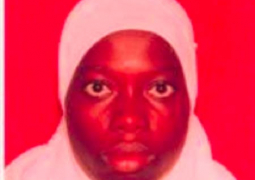