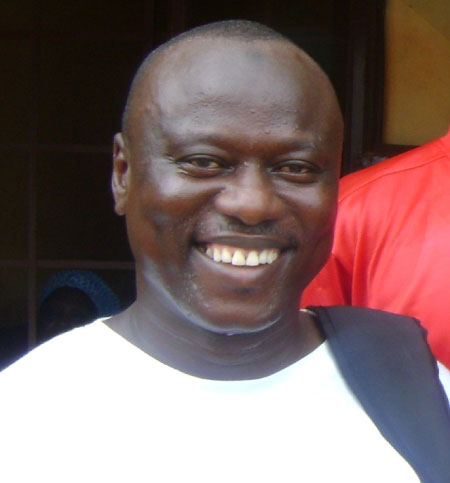 Hello and a warm welcome to yet another edition of the environment, your weekly column that seeks to bring environmental issues to the limelight.

In our today’s edition, we bring you an interview with experts on the ’s stance in the fight to protect the ozone layer from the use of Ozone Depleting Substances for the interest of mankind.

According to him, the as a signatory to the Montreal Protocol is hosting this year’s main meeting ODS on the protection of the Ozone layer which is on a rotational basis.

With ODS, he added, officers network to facilitate sharing of experience and review the progress made in Africa in the implementation of the Montreal Protocol projects and programmes geared towards the protection and preservation of the ozone layer.

He noted that efforts are been made to spread the gospel of ozone depletion that has posed adverse effects on human and animal health, marine and terrestrial eco-systems and can cause diseases such as skin cancer, eye cataract, and the destruction of the immune system.

This, he added, include series of sensitizations, capacity building for all relevant stakeholders nationwide including the local radios such as Farafenni Paradise FM, Bansang Community radio and Basse Unique FM -radio station.

Noting that the Ozone layer is the primary protection the earth has from the harmful Ultra-Violet Radiation from the sun, Baji said, adding that as a result is currently hosting the 19th Ozone Depleting Substance summit for English speaking countries under the auspices of National Environment Agency on behalf of the Government of The Gambia.

He revealed that the Ozone Depleting Substance officers` Network for English-speaking countries (ODSONET/AF/E) is part of UNEP`s Ozone Action Compliance Assistance programme was initiated to assist ODS officers in developing countries in the implementation of the Montreal Protocol.

The continuous emission of Chloro-Fluoro-Carbons (CFCs), Halons, Methyl Bromide and Chloroforms, he noted, would deplete the ozone layer and this will result to more severe environmental and health problems.

Recognizing the vulnerability of human beings, Flora and Fauna to ODS, the NEA Programme Officer said his office and the Government of the Gambia has over the years taken giants steps towards the reduction and ultimate elimination of ODS through a number of measures, and these includes the setting up of Regional Refrigeration Technicians Associations throughout the country.

Baji further disclosed that a similar training has been organizised for security personnel (Customs, police, soldiers, Immigration, NIA, Fire service) throughout the country on the identification of refrigerants, how to operate the refrigerant tester and tactics in controlling illegal trade in refrigerants.

He therefore called on colleagues in the security fraternity to lead the fight against the smuggling and illegal entry of these depleting substances into the country.

He also noted that numerous trainings that aim to strengthen the capacity of enforcement agents to enhance proper identification and detection of ODS at our boarder points of entry or during circulation has been conducted in all the regions.

Sheikh Alkinky Sanyang, NEA`s Environmental Education Officer, for his part, said nature is at conflict with mankind, and therefore appealed  to all Gambians to use environmentally friendly activities and devices to make the planet earth the only suitable and a lasting home for generation not yet born.

He said his agency organizes an annual quiz and essay writing competition on the protection of the ozone layer for Gambian school children.

Sanyang also revealed that series of sensitization and awareness programmes has been an ongoing exercise at or with the television, radios, newspapers, traditional communicators,   focus group discussions and the printing of T-Shirts.

He appealed to the general populace to change to ozone friendly products especially household products like air conditioners, fridges and freezers.

The Central River Region (CRR) Regional Environment Officer, Fafanding Kinteh called for active participation in ozone awareness activities and to take ownership of the protection of the ozone layer in particular and the environment in general.

It could be recalled that in 2012, the Gambia through the National Environment Agency (NEA) was awarded a plaque in recognition of her vital role in the protection of the Ozone layer for future generations and has since remained compliant with its commitment to the Montreal protocols` programmes and activities. 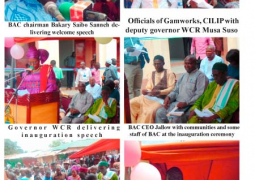