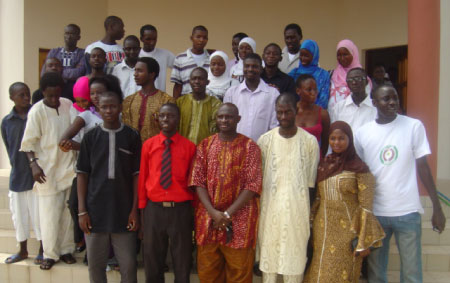 Members of the Young Journalist Association of The Gambia (YJAG) on 22 October 2011 marked its 4th anniversary at the KMC Multipurpose Centre in Kanifing.

The theme for this year’s anniversary was: “role of media in elections.”

He adduced that this year’s theme was very timely as we are approaching presidential election.

The out-going president noted that “election is a cornerstone of any democracy,” adding that the media has a wider role to play in the democratization process.

Mr Sallah recalled that the association was founded on 16 September 2007 to forster unity among young journalists in the country.

He said they also aim to promote press freedom in the country, and to train its members. Sallah also spoke about the achievements registered by his executive during the past two years.

Among them was the Climate Change conference they organized for their members, with funding from World Wild life fund through the ministry of forestry. He also cited their courtesy-calls on media chiefs, training on media laws, provincial tour, and courtesy-call on government officials, training with Gambia College student press club, and a recent fundraising show as their major achievements.

However, Sallah reiterated some constraints faced by YJAG, which among them was financial.

He commended his executive members as well as the ordinary members and all those who have supported them.

In his solidarity statement, Nfamara Jawneh, pioneer president of YJAG, expressed delight in addressing the gathering.

He said that it is easy to form an association but very difficult to sustain it thus he calls for commitment and hard work. He urged the young journalists to remain united and focused.

Jawneh further called on the incoming executive to engage their predecessors in order to tap from their experiences.

For his part, the managing director of Daily Observer newspaper, Pa Malick Faye, called for commitment among young journalists in order for them to become good leaders tomorrow. He further urged them to be tolerant and have respect for their leaders.

MD Faye challenged the members to avoid what he referred to as “side talks”. Mr Faye stated that it is not easy to lead thus implored on the executive to be tolerant and open to constructive criticism.

Also speaking at the event was the president of the Gambia Press Union (GPU), Emil Touray.

The GPU president called for responsible reporting during and after elections. “Do not think in any way of engaging in brandishing journalism,” he warned young journalists.

Mr Touray also advised young journalists to always report fairly and not to allow anyone to use them for their selfish interest. He finally calls on the interior minister to give enabling environment to journalists to do their work, “especially as we approach elections”.

Aminata Sanneh, out-going 1st vice president and also one-time treasurer, was awarded by the pioneer President Nfamara Jawneh for her outstanding contribution to the success of YJAG since its inception.

After the opening ceremony, presentations on election reporting and gathering public opinion were made by Baboucarr Senghore, editor-in-chief of The Point newspaper, and Modou S. Joof, news editor of the Voice newspaper.

Both presentations were followed by question-and-answer sessions.

Hadijatou Jawara, the out-going treasurer of the association, presented the financial report of YJAG, which covered September 2009 through September 2011.

The assistant secretary, Modou S. Joof, delivered the activity report of the association during their term.

Both the financial and activity reports of the association were adopted by the delegates after comments, contributions and observations were made.

Meanwhile, during the congress the following members were unanimously elected to serve as the new executive:

All the positions were elected unopposed except the position of PRO, which was contested by Amat Jeng and Fatou Jallow.

At the end of the election, president-elect Modou S. Joof thanked the members for the trust and confidence they have in them. He said his team would live up to expectations.

The election was conducted by Emil Touray, President of the GPU, and Pa Modou Faal, a senior journalist at Daily Observer. 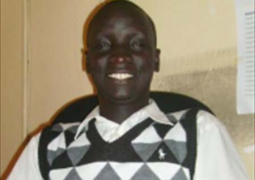 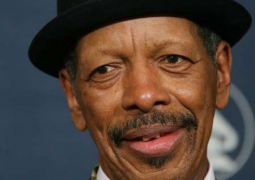