The trial of former senior judicial officials could not proceed on Friday at the high court in Banjul before Justice Lamin Jobarteh.

This followed the application made by senior defence counsel Antouman Gaye on the grounds that counsel for the third accused was not in court, and the witness might give evidence that touches his client.

He, therefore, applied for an adjournment, which was granted and the case subsequently adjourned to 2 June 2011.

The particulars of the offence on count two stated that, Alhaji LS Sonko, being a public officer to wit, Assistant Sheriff attached to the Sheriff's Division of the High Court of The Gambia received the sum of D550,000, being the proceeds of execution in the case of Sosses and Others versus Serign Jobe and converted the said money to his personal use without the consent of the government of The Gambia.

Count five stated that, Amina Saho-Ceesay on 29 May 2009 received through the International Bank, Gambia the sum of US$1000 from Ansumana Sonko and Alhaji LS Sonko, knowing the same has been stolen or having reasonable grounds to believe the same to has been feloniously obtained.

Whereas count six stated that, Alhaji LS Sonko and Amina Saho-Ceesay, between 2006 and 2009, being public servants of the government of The Gambia and charged with the responsibility of levying execution of judgements and carrying out auction sales, with intent to defraud carried out sales, but failed or omitted to keep proper accounts of the auction carried out in the following cases: GTB versus Quantum Associates, Dr. Nana Quayson versus Lang Conteh, GTB versus Govinda and Sons, BICI versus Sulayman Jallow, GTB versus Kabiru Mouktar Mohammed, Reliance Financial versus Babo Joof and Inger Johnson Ussberg versus Lamin Secka. 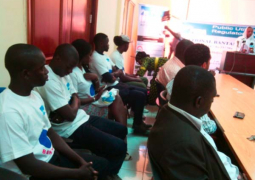 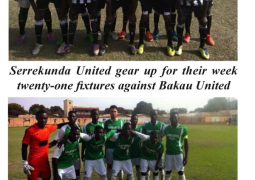