Justice E.A. Agim of the Banjul High Court recently dismissed an appeal to overturn the conviction of a former Gambian consul to , Muhammed Sisoho.

The appeal was in respect of Sisoho's earlier conviction by the Banjul Magistrates' Court for issuing two falsified cheques to one Musa Jallow of the Link Enterprises.

The cheques amounted to D533,740.00 and were issued for payment of goods Sisoho had receivedfrom Link Enterprises.

Delivering his judgement on the appeal case, Justice Agim stated that the ex-Gambian Turkey consul was charged with issuing false cheques contrary to section 296A(I) (B) of the Criminal Code (Amendment) Decree No.86 of 1996 which provides that " any person who issues any cheque in respect of any account with any bank when he has no reasonable ground (proof of which shall be on him) to believe that there are funds or adequate funds in the account to pay the amount specified on the cheque within the normal course of banking business shall be guilty of an offence."

"It did not require that the accused should furnish a reasonable excuse or explanation for issuing a cheque when he knew that he had no money in his account with the bank,"he stated, adding that the said cheque was false because it is issued in respect of an account with a bank by a person who knew very well that he had no funds or sufficient funds in the account to pay the amount specified in the cheque.

"What makes the issuance of the cheque a crime is the fact that the accused had no reasonable grounds to believe that there are funds or adequate funds in the account to pay the amount specified on the cheque and not the purpose for or motive with which the cheque were issued."

According to Justice Agim, the evidence had established that Sisoho issued the two cheques to Musa Jallow with full knowledge that he had no funds in his account with Standard Chartered Bank's branch, then the case against him was proved and his conviction valid.

"In light of the foregoing, I uphold that the conviction of the appellant and the order that the appellant pay the complainant compensation in the sum of D533,740.00 is justified in fact and law".

"I also hold that the appeal lacks merit and is accordingly dismissed". 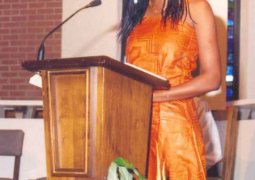