The late Aji Fatou Sallah, whose name rings a bell in Gambian politics, died at the Royal Victoria Teaching Hospital (RVTH) in after a brief illness.

Having being in politics for decades, the late Aji Fatou Sallah was among the first Gambian women who supported the first political parties in The Gambia, especially the Gambia Congress Party of the late IM Garba Jahumpa.

She once served as President of the women’s wing of the Peoples Progressive Party (PPP) in the first republic, a post she occupied for a very long time.

Shortly after the military takeover in 1994, the late Aji Fatou Sallah was said to be one of the first women to embrace the then AFPRC.

Shortly after that, she opened a skills center for girls in .

She also served as a councilor in the national women’s council in both the first and second republics.

When news of her demise spread in town early Thursday morning, hundreds of sympathizers including the Vice President and minister for Women’s Affairs, Speaker of the National Assembly, cabinet ministers as well as APRC party loyalists flocked to her residence at

Gloucester Street
in to sympathize with the family.

The Vice President, who described the late Aji Fatou Sallah as a dedicated woman who contributed a lot to the development of the APRC and the country, presented a cash amount of D100,000 to the bereaved family on behalf of President Yahya Jammeh.

“The demise of the late Aji Fatou Sallah is a great loss to the country,” VP Njie-Saidy said.

“Definitely, she (the late Aji Fatou Sallah) was a leader and a woman with dignity. She has done a lot for this country, and we will all miss her,” Mrs Fatoumata Jahumpa-Ceesay, former speaker of the National Assembly told The Point.

Speaking to our reporter at the family residence, Aji Bintou Marong, a daughter to the late Aji Fatou Sallah, said her late mother was a businesswoman before she went into politics.

The late Aji Fatou Sallah is survived by eight children, and more than 25 grandchildren.

She was laid to rest at the Old Jeshwang cemetery yesterday afternoon. 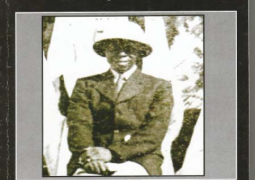 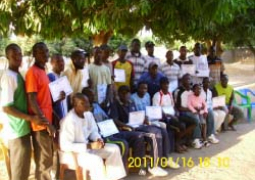