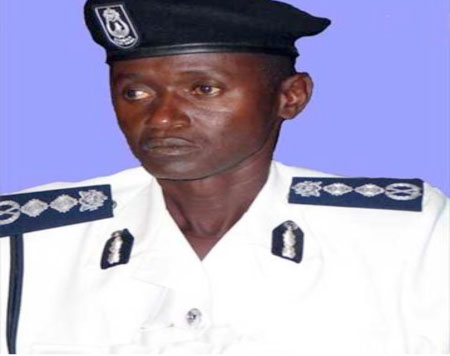 Former police chief, Essa Badjie alias Jesus has been reinstated into The Gambia Police Force as the commissioner responsible for Crime Management, people familiar with the matter told The Point.

Jesus, as he is widely called, was sacked on 2 March 2010 as Inspector General of Police (IGP), arrested and charged. He was also tried, found guilty and sentenced for life on drug and armed robbery related charges during Yahya Jammeh’s regime, but was later pardoned in 2015. He, however, refuted these charges during his TRRC testimony.

Mr. Badjie, who is now the crime coordinator at the Police Headquarters in Banjul was also accused for abuse of power during Jammeh’s time.

Jesus Badjie after his reinstatement was spotted at the Police Headquarters on Monday 3 Feb. 2020.