Karamba Gassama who was reported to be among the eleven trial prisoners who were reported to have escaped from lawful custody at the Bundung Police Station on 11th September 2008, was on 9th June 2009, convicted and sentenced to serve one year mandatory jail term, by Magistrate Kumba Sillah Camara of the Bundung Magistrates' Court.

The Magistrate in reading her judgement revealed that the accused Karamba Gassama was charged with the offence of escaping from lawful custody, and the accused pleaded not guilty to the charge.

She further revealed that the prosecution called two witnesses in support of their case, while the defence called only one witness. She stated that as a matter of fact the prosecution has proven his case beyond all reasonable doubt by linking the accused to the offence. She finally convicted and sentenced the convict accordingly. 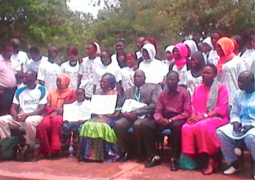