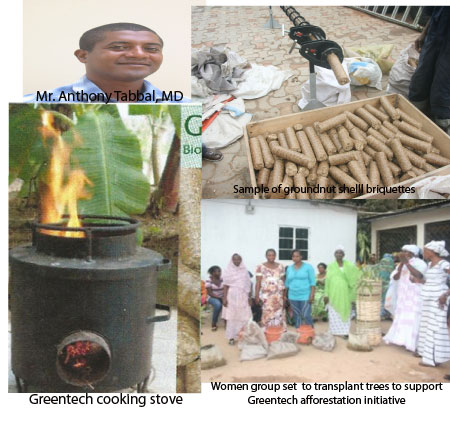 In today’s edition we meet with Mr Anthony Tabbal, Managing Director of Green Tech, a Gambian company which is exploring the potential of biofuels to help save our forests and mitigate the effects of climate change.

In business since early 2011, Green Tech manufactures solid biofuel out of discarded groundnut shells which would otherwise go to waste. The shells are compressed using heavy machines to produce small briquettes which can then be used for cooking or household and industrial heating.

The company is also working with local welders to develop compatible fuel efficient and affordable stoves in which the briquettes can be burned. According to Green Tech, these stoves provide a strong and consistent heat and when used with the briquettes, use less fuel than traditional cooking methods.

According to Mr Tabbal, the use of his company’s briquettes with the stoves can help to preserve and conserve remaining forest resources by reducing the demand for traditional fuels such as firewood and charcoal. They can also save the user money as less fuel is required to produce the same heating effect as achieved with some traditional fuels.

The company was rewarded for its vision by being named as one of the winners of the prestigious SEED Award 2011. This annual awards scheme seeks to find the most promising, innovative and locally-led start up social and environmental entrepreneurs in countries with developing and emerging economies.

The international jury of experts commended Green Tech for its use of briquettes, fuel efficient stoves and training which it describes as “the winning combination to provide an eco-friendly and economic alternative to the traditional, but inefficient cooking with charcoal or firewood in open stoves and fire places”.

Green Tech has plans to carry out a series of sensitisation programs within the Greater Banjul Area targeting women, youths and forest users so as to introduce them to the Green Tech concept. It is hoped that this will encourage the use of groundnut shell briquettes and compatible cooking stoves which will be available from the company at a discounted rate.

Mr Tabbal says his company is also aiming to “provide new opportunities for jobs and options for income generation. “We are striving to engage enthusiastic young people and provide opportunities for the underprivileged youths.” 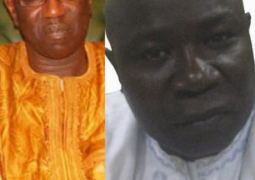