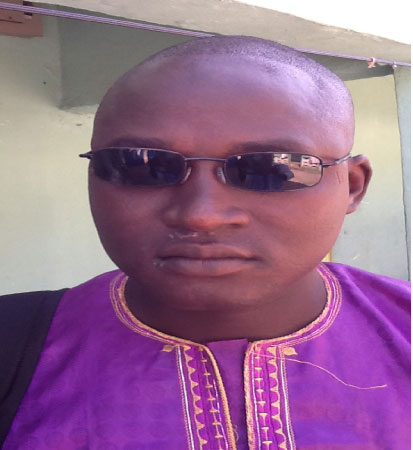 Hello readers and welcome to another edition of the environment, your weekly column that brings environmental issues to the lime light.

In our today’s edition we try to look at the relationship between, climate change, agriculture and food security as a contributing factor affecting food security especially on the African continent.

Climate change is one of the major challenges that hamper agricultural development in Africa especially in West and ; and a change in long-term weather conditions could put food security in doubt according to experts.

Environmental crises lead to drops in production of food crops but also in pastoral activities and climate change makes such crises recurrent thus becoming a big problem we face everyday.

According to experts, if not properly address, its impacts will be both long and short term, resulting from more frequent and more intense extreme weather events, and changing temperatures and precipitation patterns.

In addition, people living on the coasts and floodplains and in mountains, dry lands and the are most at risk.

As an indirect effect, low-income people everywhere, but particularly in urban areas, will be at risk of food insecurity owing to loss of assets and lack of adequate insurance coverage. This may also lead to shifting vulnerabilities in both developing and developed countries.

Food systems will also be affected through possible internal and external migration, resource- based conflicts and civil unrest triggered by climate change and its impacts.

At the same time, it is necessary to strengthen the resilience of rural people and to help them cope with this additional threat to food security. Particularly in the agriculture sector, climate change adaptation can go hand-in-hand with mitigation. Climate change adaptation and mitigation measures need to be integrated into the overall development approaches and agenda.

Food security is the outcome of food system processes all along the food chain. Climate change will affect food security through its impacts on all components of global, national and local food systems.

Climate change is real, and its first impacts are already being felt. It will first affect the people and food systems that are already vulnerable, but over time the geographic distribution of risk and vulnerability is likely to shift.

Agriculture is important for food security in two ways: it produces the food people eat; and (perhaps even more important) it provides the primary source of livelihood for 36 percent of the world’s total workforce.

In the heavily populated countries of Asia and the Pacific, this share ranges from 40 to 50 percent, and in sub-Saharan , two-thirds of the working population still make their living from agriculture (ILO, 2007).

If agricultural production in the low-income developing countries of Asia and is adversely affected by climate change, the livelihoods of large numbers of the rural poor will be put at risk and their vulnerability to food insecurity increased.

Recent work describing the functioning of food systems has helped to show both desired food security goals and what needs to happen to bring these about.

The food security implications of changes in agricultural production patterns and performance are of two kinds: Impacts on the production of food will affect food supply at the global and local levels. Globally, higher yields in temperate regions could offset lower yields in tropical regions.

However, in many low-income countries with limited financial capacity to trade and high dependence on their own production to cover food requirements, it may not be possible to offset declines in local supply without increasing reliance on food aid.

Impacts on all forms of agricultural production will affect livelihoods and access to food. Producer groups that are less able to deal with climate change, such as the rural poor in developing countries, risk having their safety and welfare compromised.

Other food system processes, such as food processing, distribution, acquisition, preparation and consumption, are as important for food security as food and agricultural production are. Technological advances and the development of long-distance marketing chains that move produce and packaged foods throughout the world at high speed and relatively low cost have made overall food system performance far less dependent on climate than it was 200 years ago.

However, as the frequency and intensity of severe weather increase, there is a growing risk of storm damage to transport and distribution infrastructure, with consequent disruption of food supply chains. The rising cost of energy and the need to reduce fossil fuel usage along the food chain have led to a new calculus “food miles”, which should be kept as low as possible to reduce emissions.

These factors could result in more local responsibility for food security, which needs to be considered in the formulation of adaptation strategies for people who are currently vulnerable or who could become so within the foreseeable future.

Food systems will be affected by internal and international migration, resource-based conflicts and civil unrest triggered by climate change

Droughts also contribute immensely to food insecurity in most of the countries hit by drought. Most of the agricultural projects all aimed at ensuring that producers deliver to the needs of the people thus reduce youth urbanization. Such projects are making difference to the local rural people with access to food improving as a direct result of the effort made; local communities are empowered through improved farming practice and techniques. The focus is also on crops that can improve food security, such as millet, cowpeas and farming animals. Efforts are in place to strengthening the local farmer’s associations and NGOs because it was found be a best way to introduce the notion of food security sustainability which is topical.

According to United Nations Africa’s Sahel region faces a new food crisis small holder farmers hold the key to making future development policies sustainable, thus making it impossible to speak about sustainability at the recent concluded Rio+20 conference without listening to what smallholder farmers have to say.

While women constitute the majority of food producers, processors and marketers in , their role in agricultural sector still remains a minor one because of cultural and social barriers. According to FAO of United Nations, women are the majority of the world’s agricultural producers, supplying more than 50 percent of the food that is grown globally. And in sub-Saharan the number is higher, as women grow 80 to 90 percent of the food in the region. However, while agriculture and smallholder farmers in many African countries form the bedrock of the economy, the youth hold the keys to the continent’s future. And throughout the region, particularly in Central and , youths are found to be playing pivotal or crucial role in the continent’s economic growth.

Some 18 million people in the region are at risk of food insecurity and malnutrition, warns the Food and Agriculture Organization (FAO). Recurring droughts, environmental degradation and high grain prices accompanied by decreasing migrant remittances, as well as displacement and chronic poverty are creating a situation that has resulted among others things in a 26 percent decline in cereal production compared to 2011. Finding long-lasting solutions is pivotal in this context.

To break the circle of famine and hunger people must invest in providing targeted communities with greater capacity to implement self-help activities in response to production shortfalls, as well as more effectively coordinate and implement governmental and international relief activities.For your comments, suggestions, contributions please (00220) 6361340 or 7142236 or Email: bajgambia2011@yahoo.com