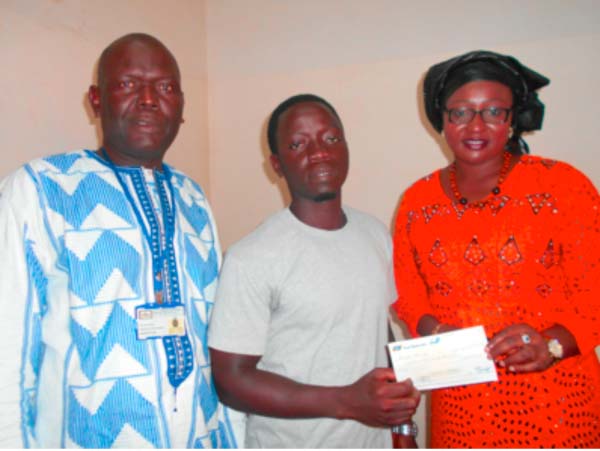 Enterprise Life, the leading life assurance company in the country, on Friday settled another death claim, the third one within two weeks.

The claim on the life of the late Paul Mendy, who used to work at the Edward Francis Small Teaching Hospital in Banjul, was paid to his nominated family member at a presentation ceremony held at the conference hall of the hospital.

At the ceremony, a Trust Bank cheque for D18,000 was presented to the family member of the late policyholder.

Speaking on behalf of the hospital management, Malang Ndong, director of administration, said the late Paul was committed and dedicated and his demise means the hospital has lost a hardworking staff.

Mr Ndong commended Enterprise Life for the timely claim payment, saying the money will help the family “in this difficult time”.

The business development manager of Enterprise Life, Wahab Fatty, said the late Paul was on Lifetime Needs Plan, which he said is a dual purpose life policy.

“It allows the policyholder to plan over the long term towards retirement, pension, property acquisition, education, and so on,” Mr Fatty said.

“Most importantly, it is also an income replacement plan to support a policyholder’s family in the unlikely event of death, like in the case of Paul Mendy.”

Fatou Jallow, country manager of Enterprise Life, commended the management of the hospital for the strong partnership with the company since 2012.

She said at Enterprise Life, they never shy away from paying all the genuine claims in fulfillment of the promise they made to their policyholders.

She said that had Paul lived long and continued paying his monthly premium till maturity, he would benefit from the investment and returns.

“Unfortunately, he died early so the company is obliged to pay the sum assured to cushion the effect of his death on his family,” Ms Jallow explained.

She further pointed out that the late Paul took the Lifetime Needs Plan in January 2016 and made a total contribution of D4,590 but Enterprise Life paid his family D18,000 for that was the sum assured on his life should death occur.

She further pointed out that the late policyholder had named four of his children as beneficiaries, meaning the money should be shared equally among them.

A friend of the late Paul Mendy, Leon Prom, also expressed gratitude to Enterprise Life for giving support to the family of his late friend, adding that the money will be used on the wellbeing of the beneficiaries.

The public relations officer of EFSTH, Momodou Jammeh, said the cheque presentation ceremony was a moment of mixed feeling for him as it was the third time Enterprise Life was paying death claims at the hospital.

According to him, Enterprise Life is a credible company and “I will therefore encourage all staff to take a policy from the company”.

Last week, the life insurance company paid the death claim to the family of the late staff of the Trust Bank to the tune of D305,985.

In the same week, it also settled the death claim of D18,300 to the family of the late teacher who used to work at St Therese’s Lower Basic School in Kanifing.

Officials of the company said prompt claim settlement is part of their drive to provide social protection plans and poverty reduction solutions that add value to lives of families. 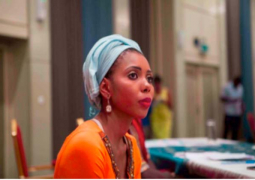