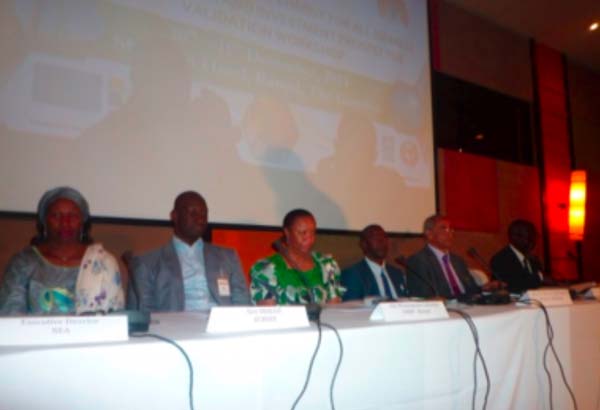 The Ministry of Energy and its partners Wednesday ended a two-day validation workshop on the National Action Agenda and Investment Prospectus Documents on sustainable energy for all (SE4ALL), at the Sheraton Hotel in Brufut.

Speaking at the validation workshop, Dr. Edward Saja Sanneh, Minister of Energy, said The Gambia’s energy intensity is about 0.51, which is close to the ECOWAS average but significantly higher than that obtained in developed and emerging economies.

The four important features that characterize the energy sector in The Gambia are: high dependence on imported fossil fuels; the dominance of traditional biomass sources in the country’s energy mix; low access to modern energy services; limited investment in new assets and inadequate maintenance of old and ageing electricity supply equipment; and very limited investment in renewable energy and energy efficiency potentials, according to the minister.

Energy plays a significant role in improving the lives of people, and thereby contributes to development, he continued.

Energy is used for water supply and for fueling agricultural output, health, education, job creation and environmental sustainability, he added.

Sireh Diallo, on behalf of the Executive Director of ECREEE, said more than ever they are confident that the partnership would complement The Gambia’s efforts to increase energy access to homes, businesses and industries, which they are sure would lead to greater socio-economic development in the country.

With a population of over 300 million people, the impact of climate change also remains a looming threat even for a society which is responsible for only a small fraction of the global energy related to the greenhouse gas emission, he went on.

The member states are among the worst prepared, thus most vulnerable to the negative effects of climate, he further stated.

He said around 25 percent of the rural ECOWAS population would be served by mini-grids and stand-alone systems by 2030.

He thanked EU, NEPAD and UNDP for their support in the SE4ALL process, and gave assurance of ECREEE’s support to the government on this action plan.

NEPAD’s head of energy, Prof. Mosad Elmissiry, said the workshop is the last activity in the NEPAD/BIZCILM project aimed at giving technical assistance and training to The Gambia, to develop its own action agenda and database for the country’s high priority energy projects.

With the validation of these two important documents, The Gambia would be the first country not only in Africa, but worldwide to develop the SE4ALL Action Agenda and Investment Prospectus, and would be the reference point and scene on how to develop such documents for other countries to follow suit.

The UNPD resident representative and UN systems resident coordinator in The Gambia, Ade Mamonyane Lekoetje, said the Se4all action plan validation exercise is a clear manifestation of The Gambia’s commitment to the UN Secretary General’s clarion call for universal access to modern energy by the year 2030.

It is also a direct respond to one of the six strategic areas identified in the African common position for the post 2015 development framework and sustainable development goals that would succeed the MDGS, she added.

The importance of energy could not be over-emphasized, as it plays an important part in sustainable development, poverty reduction and economic growth, the UNDP official added.

Following the global launch of the Se4all, UNDP and partners formed strong coalitions with African institutions to develop an Africa regional response with coordinated action, she continued.