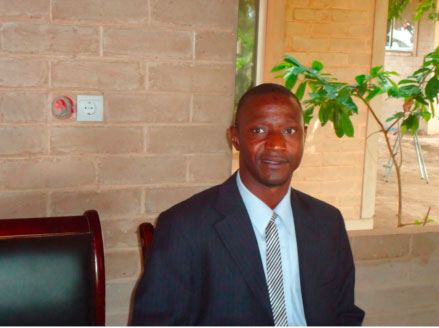 Hon. Edward Sarja Sanneh, Minister of Energy, has said the developing world including The Gambia presents one of the best windows of opportunities for the promotion and use of renewable energies.

Minister Sanneh was speaking at the opening of a five-day mainstreaming gender in renewable energy hands-on training organised by Mbollo Association Training Centre in collaboration with the GEF/UNIDO4 project in The Gambia, a project under the Ministry of Energy.

He said Mbollo Association is one of the six renewable energy demo-projects under the GEF/UNIDO 4 Project that had benefited from a grant to install 8.3kw solar and wind hybrid system.

According to the energy minister, there was real opportunity to be seized at many levels, at which the use and production of renewable energy could bring about positive benefits, thus security was a very important factor and the effects of which are increasingly noticeable.

He noted that renewable energy could also generate additional income and reduce expenses by preventing the building of polluting and maybe already obsolete grids and conventional plants.

The Energy Minister further asserted that renewable energy could allow developing countries such as The Gambia to leapfrog directly into clean energy scenario, thereby avoiding actually what the developed world is faced with.

According to the minister, one of the best ways to lift women out of poverty was to give them income-generating opportunities.

He further stated that women involvement in the design of sustainable energy solutions, for instance, could help to ensure that solutions are tailored to women needs, and women engagement in distributing and marketing these technologies could help to encourage the use of sustainable energy services by providing other women with comfortable spaces within to learn about technologies and discuss their particular concerns.

Minister Sanneh also stated that bringing renewable energy technologies along with training education, and gender awareness programmes and policies, to rural areas could greatly change the lives of women-improving their health, their security, and their local economy and in turn their entire communities.

He also lamented the importance attached to the training of young Gambian women and girls in these new and clean technologies.

He expressed hope that at the end of the training, participants would be equipped with the requisite knowledge and skills to design, install, and maintain a simple renewable energy system in their home or community, as well as engage rigorously in the advocacy for renewable energy in their various communities.

GTTI Director General Jahou S. Faal said it is worthy of note that the GEF/UNIDO collaborative efforts had been very successful in harnessing the existing potential of renewable energy organization in The Gambia and at the same time improving capacities through the various workshops organised within the span of component 4 of the project.

Although gains have been made, the lack of adequate know-how and technical knowledge, experts, professionals for end users to benefit from the scheme are still some of the existing challenges hindering the objectives of the government in the promotion of renewable energy and energy efficient need, which should be addressed in the energy sector.

He thanked the GEF/UNIDO 4 Project management for organizing the training at a time access to energy, particularly renewable energy, has become an integral component in the empowerment of women and girls.

“It is a fact that access to energy is vital to the overall socio-economic development of The Gambia and the major beneficiaries are men, girls and the vulnerable,” she said.

The Alkalo of Tujereng hailed the organiser for the laudable initiatives and challenged the participants to make the best use of the new technologies.