It must be made clear and known to all that forced or arranged marriage is wrong, and cannot be justified on any religious or cultural basis.

However, the practice still exists in The Gambia, particularly in the rural areas.

This practice must stop completely since it has many consequences for the girls, who are mainly the victims of arranged or forced marriages.

People forced into marriage may be promised greater opportunities, physically threatened and or emotionally blackmailed to do so.

When someone is forced into marriage with someone he or she does not really love the person feels that they no longer have control over their own lives.

Consequently, many individuals end up depressed, self-harming or in the worst cases, even attempt to commit suicide.

We are therefore calling on the authorities concerned, especially the local authorities, to join efforts in eradicating forced or arranged marriages.

The practice is against the rights of the girls and no parent or family member has the right to force someone to marry against his or her will.

We firmly believe that our young boys and girls must be free to choose their own partners, without interference from any quarter.

Associations should use Local Experts to Run Courses: George Gomez 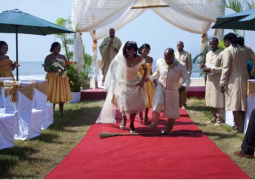