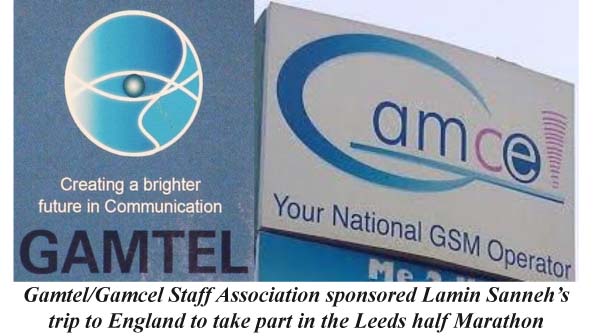 The Gambia Volunteers Founder and CEO Roy Sanyang has called on companies in the country to emulated Gamtel/Gamcel by supporting Gambian youths to fulfill and achieve their dreams.

Sanyang was speaking last Saturday at Banjul International Airport during an interview with reporters.

He gave credit to the Gamtel/Gamcel Staff Association for sponsoring Lamin Sanneh’s trip to the UK to participate in the Leeds half marathon.

“When we faced them for sponsorship they came forward whole-heartedly ”, he stated.

He announced that the number of athletes they will send to next year’s marathon to compete will depend on the support they will have from organisations which are willing to help.

“It is only small institutions that are trying, and we need support from high institutions, private institutions, companies and departments within the country”, he said.

During the Leeds half Marathon in UK, Sanyang and Sanneh promoted Gamcel, he added, and said all other companies are welcomed, and will be promoted overseas provided they support the athletes.