Reports reaching this paper have stated that one Abdourahman Barry, aged 16, was yesterday at around 12pm killed by an electric shock on the spot, at a welding workshop near Basse river crossing point.

The accident reportedly happened at one of the welding workshops he visited.

According to our sources, Abdourahman Barry, the only child of his mother, was an apprentice aid in cooking pots, coal pots, rakes, etc.

He was laid to rest yesterday at 5pm in Basse. 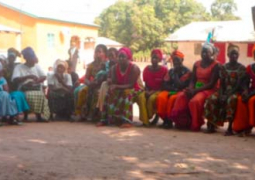