The Community Court of Justice, ECOWAS, is holding a Radio and Television sensitisation programme in The Gambia from July 23rd to July 26th, 2013.

The scheduling of media activities in the territory of any Member State, is an annual activity of the Court, and it is facilitated by the Ministry in charge of Integration and the National Unit of the Member State.

The delegation from the ECOWAS Court, on behalf of the President of the court, Hon. Justice Awa Nana Daboya, presents the compliments of the Court to the government and people of The Gambia. They also express their appreciation for the warm welcome and brotherly African hospitality accorded them.

This programme is intended to create awareness about the mandate of the Court, its jurisdiction/competence and activities. It is therefore an avenue for increasing visibility of the Court, which belongs to the Community citizens who need to take ownership by being aware of its activities.

This is in line with the transformation agenda of the Community from the ECOWAS of States to the ECOWAS of Peoples. The essence of the media activities is to reach out to the people especially at the grassroots through the press, radio and television.

It is worthy of note that because of the distance of the Seat of the Court located at Abuja, Nigeria to most Member States including The Gambia, some citizens are not aware of the existence of the Court and its activities.

Similar programmes have been held in other Member States including Mali, Benin, Ghana, Togo, Liberia and Senegal. A French speaking delegation is presently in Conakry, Guinea for the same programme.

The Community Court of Justice, ECOWAS was created pursuant to Article 15 of the Revised Treaty.  The Protocol relating to the Court was adopted in 1991, but the pioneer Judges were only appointed in 2001.

Basically, the Court has four distinct mandates: as a Community Court with the primary responsibility of interpreting and applying the ECOWAS Revised Treaty and other Community Texts; as an Administrative Tribunal for ECOWAS public officials; as an Arbitration Tribunal (the Court will start to exercise this competence as soon as the Rules of Arbitration of the Court is approved by the ECOWAS Council of Ministers); and as a Human Rights Court.

The week-long programme will be preceded by courtesy visits to the Ministry of Trade, and the Ministry of Justice of The Gambia. This will be followed by a panel discussion on Radio Gambia on the 24th of July, 2013. The following day, 25 July 2013, there will be a press conference and exhibition of the ECOWAS Court Texts/Books at the Alliance Francaise de Banjul, at 10am.

The ECOWAS Court media activities in The Gambia will be rounded off with a panel discussion on The Gambia National Television (GRTS) on Friday, 26th of July, 2013.

Previous:
The rural-urban drift issue
Next:
Promoting homosexuality is a declaration of war on religions, President Jammeh 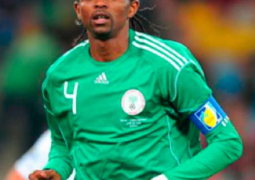