Friday is the date set aside by Serrekunda West for the annual late Pa Modou Sarr Memorial Basketball Tournament, which is expected to bring together a total of 8 teams.

YMCA are pitted in group A, alongside Sports House, LK Boys and Kanifing, while Wallidan, Sererekunda East, Lamin and Porcupines Basketball team make up group B.

The fixture which was yesterday released indicated that the opening game would be played between YMCA and Sports House, is expected to be followed by another crucial fixture when Wallidan meet Serrekunda East on the same day, at the Serrekunda West Mini-stadium.

Day Two of the 8 team tournament has also promised to produce two interesting basketball matches when LK boys take on Kanifing before Lamin face Porcupines, as part of the second game on Saturday.

The fixtures are listed below: 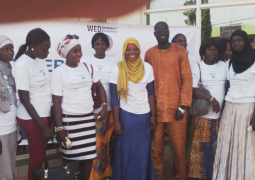