In his testimony, PW2 Bembo Bayo told the court that on they were at a meeting when the 1st accused arrived at the meeting and started raining them with insults. He said at that juncture the 8th accused attempted to calm him which resulted in a scuffle and they were later separated. He said the 1st accused later came back with a knife and happened to wound the 6th accused and there the matter was reported to Janjanjbureh police station and subsequently the accused persons were arrested. 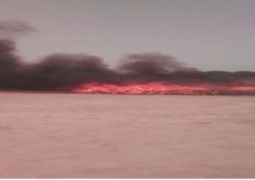