A one-time vice chairman of the military junta that toppled Gambia’s first president Sir Dawda Kairaba Jawara in July 1994, has admitted to assaulting party militants of the Peoples’ Progressive Party (PPP) and the United Democratic Party (UDP) by arresting, detaining and unlawfully beating them.

In his third testimony before the Truth, Reconciliation and Reparations Commission (TRRC) on Monday, Singhatey said Omar A Jallow (OJ), Lawyer Ousainou Darboe and MC Cham, and about 60 other people, among them women were arrested and detained.

“The Council members were told by the National Intelligence Agency (NIA) that there will be two demonstrations at the British High Commission and the US Embassy. It was illegal and the Council ordered security heads to arrest those involved.”

He confirmed that the demonstrators were unlawfully arrested, beaten, detained and tortured and apologized to his victims and their families.

“We know that we have not only beaten you but also put you in bad conditions. What happened to you was very painful and we cannot justify it,” Singhatey said, adding that MC Cham and Ousainou Darboe have applauded him for his great achievements.

On the detention and beating of some UDP supporters who were gathered to welcome their party leader from a nationwide tour, Singhatey admitted he caused a lot of pain on UDP militants, further acknowledging that his university fee was later paid by a UDP supporter.

“I cannot deny the allegation of assaulting them because I was there but I don’t think somebody will say I have beaten him or her.”

Singhatey, who became a legal practitioner years after falling out with former President Yahya Jammeh emphasized that the political fight started during President Sir Dawda Kairaba Jawara’s time. “I am asking all my victims to forgive me because I was young at the time, at age 25.”

Explaining the arrest and detention of his partner, Sana Sabally, junta coupist and also former vice chairman of the Council,  Singhatey said Jammeh sacrificed a ram amid attack from Sana.

“Jammeh once called Sana for a talk at his office but Sana called Sadibou. He called for the second and third times but Sana said he will not come without Sadibou. I and Jammeh agreed that if he should come with Sadibou, they may do something and we briefed the orderlies. When they arrived, I arrested them and found weapons with live rounds in their possession. I think he was ready to fire.”

He said both Sabally and Hydara were disarmed and taken to Jammeh’s office and their orderlies were also arrested.

He confirmed putting them in a pickup car and taking them away to Mile 2 Central Prison. Theywere later prosecuted before the court, adding that Sadibou died and Sana was convicted and sentenced for 9 years imprisonment.

He said Jammeh did not show him anything that would indicate that Sana wanted to plot a coup. “The insult Sana made to my elders in Gambisara had contributed to our problems,” he said.

According to Singhatey, when Jammeh wanted to retire from the army and concentrate in politics, Lamin KabaBayo and Yankuba Touray came to him and told him that they are going to stand by him and he too agreed and joined them. “We resigned from the army and formed our own political party to continue our development programs.”

Lead Counsel EssaFaal reminded him of Demba Njie’s testimony, who he said, had told the Commission that he (Singhatey) needed Sabally’s position and that was why he played part in arresting him but Singhatey denied that. 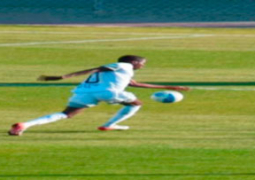