Since the wake of 2013, The Gambia has been experiencing a totally different wave of price hikes in its economic drive, although authorities concerned with the economic system of the country have been trying tooth and nail to keep inflation crawling over the period.

Presently prices of basic commodities such as rice, sugar, flour, vegetable oil, meat and fish have continued to rise as if no one cares, with some hitting such prices as D1,050 the least of a bag of rice, D1,350 a bag of sugar and D275 a bag of cement. In addition to this burden, there comes increase of transport fare across the board in about a week’s time (11 July).

As this is happening, both sides of the economic ballgame, such as the public and the private sectors, are completely polls apart as regards the reasons for this worrying trend.

While most of the private sector players say they are increasing prices of their goods and services on account of the recently introduced Value Added Tax (VAT) and the exchange rate of the Gambian dalasis against major international trading currencies such as the dollar, the pound and the euro; government authorities believe the introduction of VAT should not lead to a general increase in the prices of goods and services, since VAT is a mere replacement of sales tax at the same rate of 15%.  “The general price increases cannot be justified as most of the goods now subject to VAT were previously subject to sales tax at the same rate,” argues the Gambia Revenue Authority, the arm of government responsible for the implementation of VAT in The Gambia.

The other facts we are faced with is that the fall in the purchasing power of the dalasi has adversely reflected in a persistent increase in the general level of prices, especially so in the past three to four weeks when seemingly too many dalasis have been chasing too few dollars, euros or pounds sterling.

The repercussion of this scenario has caused the Central Bank of The Gambia to swiftly intervene with some prudent monetary policy measures or order such as the suspension from operation of three major money transfer operators (MTO), namely Ria, Money Express and Wari, from operating in the country’s foreign exchange market.

The Central Bank also believes that speculative activity by market operators in the domestic foreign exchange market continues to exert pressures on exchange rates, resulting in continuing depreciation of the Gambian Dalasis. For this and other reasons the CBG through its Monetary Policy Committee recently hiked the Rediscount Rate by two percentage points, increased the Required Reserve Ratio and reduced limits on Net Open Position (NOP) of banks. These measures were intended to encourage investment in Dalasi assets and dampen demand for foreign exchange in the market. The Bank further indicated that it would closely monitor developments and take additional measures if deemed necessary,

In spite of these pronouncements by the relevant government authorities, the nation continues to experience persistent rise in the price level of especially basic commodities as the Ramadan approaches. The GRA has made their point clear as regards the VAT and prices of commodities, the Central Bank has injected some monetary policy measures as antidote to the rapid fall of the dalasis and inflation, the Trade Ministry and the Gambia Chamber of Commerce and Industry are all doing their bits to ameliorate the situation, but the rise in prices of basic commodities continues to go to the stratosphere.

WHAT IT TAKES TO RUN YOUR OWN BUSINESS

This section of this column is intended to share with readers what it takes to run a business so as to help those who want to start their own business to avoid falling into any of the more common pitfalls that trap so many  who start off with high hopes , only to end up disillusioned  and, often,  very much poorer.

Establishing and running your own business can be the greatest adventure of your life, offering you infinite satisfaction – or the worst possible nightmare, giving you nothing but pain and worry.

Whether it becomes the great success of your dreams or a total and dismal failure is up to one person - you, says Roodney Willet, author of The Right Way to Start Your Own Business, who has also been running small businesses for over 25 years.

It is always good to tell yourself the truth, no matter how much that hurts, about your ability, capacity, competence and motive for starting a business.

This is because if a long and hard thinking or consideration is not done before venturing into a business, the whole project always turns out to be a nightmare for you, especially if the motive for starting that business is got all wrong.

The very first question to ask yourself is: ‘Why do I want to do this business?”

“There are many acceptable reasons for starting a business but they must include one essential desire to succeed and that means to make enough profits to maintain your chosen lifestyle,” says business consultant Rodney Willet.

He explains further: “Some people believe that they have a far higher earning potential running a business than they do as an employee. They are aware of their skills and expertise. They know that there are people who would want to buy their services – at prices that will make them the income they want.

“Others have a need to prove themselves to themselves. They believe they could do the job better if they were their own boss, free from the controls and constraints of being employed.

“Some feel that they would be more secure in business than when employed. They see their employment at risk, either as a result of redundancy or of the employer ceasing in business, and fear that their entire income may disappear almost overnight. They prefer the concept of relying on their own abilities rather than other people’s.”

Willett continues: “Obviously, that list is not conclusive. However there is a common factor. All are considering starting out on their own for a positive reason – be it greater income, greater freedom to express themselves or greater security.”

According to Willett, it is impossible to give a formula to help you decide on your personal motivation. All that can be said is that you should think long and hard and be absolutely honest with yourself.

YOU as a factor:

In order to be successful, a business has to be a sensible project carried out by sensible people. What is a sensible person in this context? Willett asks, saying aside from technical matters, character is vital for success in business. Therefore you must also check your characteristics to see and know what are good and what are unfavourable to your starting and maintaining a successful business. Socrates once said an unexamined life is not worth living. So self-examination is highly recommended, especially for the following characteristics for starting a business.

The first aspect, according to Willett, is tenacity – the ability to stick to a job regardless of how depressing, seemingly pointless, unpleasant, soul destroying and painful that may be.

The second is energy. The energetic man improves his chances of being in the right place at the right time by being in as many places as he can during the time available to him (and making as much  time available as possible).

The third, integrity, is an essential ingredient. Your word should be your bond. This doesn’t mean to say that you should never strike a hard bargain; but once you have struck a bargain you should stick to it – even if that proves to be to your disadvantage, Willett advises.

“The last characteristic I will mention here is a never failing sense of humour. Although not essential, it certainly helps,” he says.

There are other personal requirements, such as skills, experience and more characteristics, which can be considered in starting a business.

It is true to say that most people carry out their “best work” outside of their gainful employment. True enjoyment comes not just from doing the job but from the rewards that come from doing a job well.

The talent of success is nothing more than doing what you can do, well, says Henry W. Longfellow, a philosopher.

Therefore, doing a job well is critically important in a world where more and more emphasis on quality and personal service is demanded, and rightly so, by customers.

The effect of the business on the other members of your family and the degree of support they would be willing and able to provide must be considered.

Running your own business is always demanding and sometimes the demands will push you to the edge of your abilities.  “Inevitably,” Willett says, “this will be at critical moments and the support, lack of support or, even worse, actual antagonism from the family can make or break a business at such times.”

Merchant bank: An institution that carries  out a variety of financial services, including the acceptance of bills of exchange, the issue and placing of loans and securities, portfolio and unit trust management , foreign exchange  market dealing and some banking services.

Barrier to entry: Any factor which creates an impediment to new competition in a market or industry. Such barriers come in a variety of forms.

Barrier to exit: Restriction on the ability of a producer to withdraw from an activity, or to redeploy its resources to an alternative activity. Such restrictions may be legal, designed to protect communities from the discomfort of factory closure.

Barrier to trade: Generally, any feature of a nation’s economy which impedes international trade and, thus, has the effect of fostering a more national-oriented economy. Most often, discussion of such barriers is preoccupied with government-imposed barriers to trade. Such barriers most often used to take the form of tariffs, which are explicit taxes on imports, designed to promote the interests of domestic producers.

Cannibalization: The phenomenon where a new brand extension or line extension takes sales away from established brands that are owned by the same organization. This will occur when both brands are bought by the same group of consumers. This is a severe problem if it is unintended and if the shift is from high-margin brands to lower-margin ones.

Cartel:  An arrangement between otherwise competing producers to act in collusion with the goal of raising prices and collective profits. A cartel attempts to create monopoly-type conditions in what should be a competitive industry – with participants restraining the amount they produce in order to keep supply down and thus prices high at the expense of consumers.

Delayering: The removal of one or more layers of a management hierarchy from an organization’s structure. In theory it provides greater responsibility to those staff below the layer that has been removed; however, it is sometimes a euphemism for removing people and making them redundant. 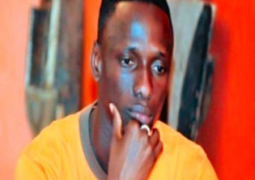