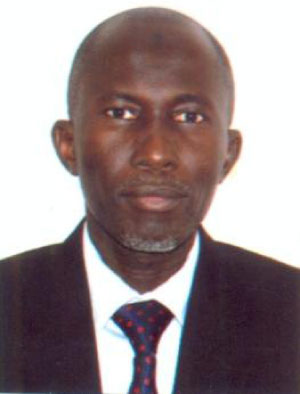 Commercial banks in The Gambia are basking in a sound banking industry maintained by the Central Bank of The Gambia.

A recent report by the Monetary Policy Committee (MPC) of the Central Bank says the country’s key financial soundness indicators show that the banking industry remains sound with “sufficient” capital and liquidity.

Despite adverse global conditions, and the resulting challenging situations requiring agility, adaptability and resilience faced by banks, the industry’s risk-weighted capital adequacy ratio increased slightly to 26.6 per cent at end-March 2012 from 25.9 per cent in March 2011 and significantly above the statutory requirement of 10.0 per cent.

The increasingly liberal banking environment provided by the CBG has resulted in a more competitive environment, and banks are challenged to heighten their performance, which has led to many banks posting impressive results over the year leading to 2012.

“Credit to distributive trade, building and construction and other commercial loans increased by 5.0 per cent, 11.0 per cent and 26.0 per cent respectively.”

Volume of transactions in the foreign exchange market, measured by aggregate purchases and sales, declined to US$1.45 billion in the year to end-April 2012 from US$1.59 billion a year earlier, while end-period inflation, measured by the National Consumer Price Index (NCPI), decelerated to 3.9 per cent at end-March 2012 from 5.4 per cent in March 2011.

“Average inflation (12-month moving average) was at 12-month low of 4.5 per cent compared to 5.4 per cent in March 2011,” the CBG Governor noted, saying: “This favourable outcome was primarily the result of the moderation in food price inflation.

“Core inflation, which includes the prices of energy, utilities and volatile food items, decreased to 4.0 per cent relative to the 5.3 per cent in March 2011.”

Inflationary expectations, as reflected in the Private Sector Business Sentiment Survey, remain high, but were an improvement over the readings in the previous two surveys, says Governor Colley.

Owing to the subdued state of the economy and moderation in the growth of the monetary aggregates, coupled with the stability of the Dalasi, inflation is expected to remain contained below the target of 5 per cent.

“However, there are upside risks to the outlook mainly emanating from global oil prices and the stance of fiscal policy,” he says in concluding his report for the last three months with an outlook for the next three months.

“Taking the above factors into consideration, the MPC is of the view that it is appropriate for monetary policy to support the real economy while at the same time maintaining its commitment to contain inflation,” the governor says.

“The MPC has, therefore, decided to reduce the reserve requirement by two (2) percentage points to 10 per cent of deposit liabilities. The MPC expects a reduction in interest rates, especially lending rates.”