The Brikama Magistrates’' Court presided over by Magistrate Babucarr Secka last Thursday overruled an application by the defence counsel for the court to acquit and discharge the accused persons.

This was in connection with the criminal trial of 14 immigration officers attached to , two other civilians and a Gambia Civil Aviation Authority (GCAA) security officer.

Delivering the ruling, Magistrate Secka told the court that when the case was first mentioned, the state proceeded with up to five witnesses.

According to him, the state did not abandon the case in the sense that if they had abandoned the matter, they would not have proceeded with the matter up to calling five witnesses.

He consequently overruled the defence counsel application, and urged that the case proceeds.

Before the ruling, state counsel Simeone A. Abi told the court that he was appearing in the case for the first time, and was told by his office that the case was adjourned for cross-examination.

He told the court that he was now handling the case, and has two witnesses to call and, therefore, applied for the ruling to be suspended.

Responding to the state counsel's submission, both defence counsel Buba Jawo and Combeh Gaye-Coker strongly disagreed, and urged the court to proceed with the ruling.

The case was subsequently adjourned till 15 November 2010.

The accused persons, according to the charge sheet, on or about the 3rd July 2009, at within the jurisdiction of the court, allegedly forged an international passport in order to dishonestly enable one Ebrima Bah to travel to the . They also allegedly conspired to commit official corruption.

According to the charge sheet, the accused, being public officers employed in the public services of the Gambia, charged with the duties of screening passengers travelling at the airport, allegedly conspired among themselves and others still at large, to corruptly receive a bribery of ten thousand and five hundred Dalasi (D10,500) from one Cherno Bah, to enable his brother, Ebrima Bah to dishonestly use a forged passport to travel to the USA, and thereby committed an offence. 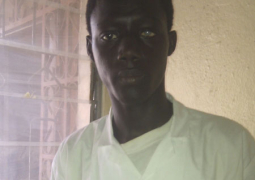