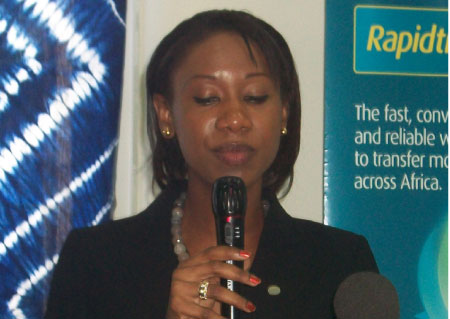 ECOBANK Gambia Limited in collaboration with The Association of Non-Governmental Organisations (TANGO) Friday held a one day forum for non-governmental organisations (NGOs) in The Gambia.

The forum, held at the TANGO offices in Kanifing, brought together stakeholders in the NGOs sector as well as staff of Ecobank Gambia.

Speaking at the forum, Ms Mareme Mbaye Ndiaye, managing director of Ecobank Gambia, said the event marked an important milestone in the bank’s existence in The Gambia as a financial institution, being the first time that it was organizing an event of this kind.

“Ecobank Gambia recognizes the contributions of NGOs, international organizations and development partners in the socio-economic development of The Gambia,” she said.

This, she added, is also in line with the group’s mission and vision to build a world-class pan-African bank, and to contribute to the economic and financial integration and the development of the African continent.

According to Mareme Ndiaye, it is in this vein that Ecobank Gambia, considering itself as “the bank of the NGOs and international organizations in The Gambia, calls upon all irrespective of size to come together in the forum to forge a strong mutually beneficial partnership.

The Ecobank Gambia boss further stated that as a pan-African bank, Ecobank is a natural partner as it can follow activities of NGOs in 32 countries across the continent, in over 21 currencies and in three official languages.

“Indeed, Ecobank is present in more countries in Africa than any other bank in the world. In addition to our African presence, we have a subsidiary in Paris and representative offices in Dubai and London. We seek to provide our customers with convenient and reliable banking products and services locally, regionally and internationally,” she stated.

“We also operate as “One Bank” with common branding, standards, policies and processes to provide a consistent and reliable customer experience across the entire network composed by 1151 branches, 1487 ATMs and 2151 POs Machines which are servicing more than 8 million customers,” Mareme Ndiaye noted.

Ecobank, she went on, seeks to comply with the international best practices in key areas such as anti-money laundering and corporate governance.

“We also seek to factor social responsibility and sustainability into our business approach and contribute to poverty alleviation and wealth creation,” she said, adding that as a bank, they are cognizant of the fact that it is important to collaborate with NGOs to achieve their respective institutional goals.

Madi Jobarteh, programme manager at TANGO, lauded Ecobank for the initiative, noting that they want a good relationship with the NGOs to promote development.

Mrs Jainaba Nyang-Njie of the TANGO board revealed that TANGO was founded in 1983, and since then it has been the premier NGO coalition in the country.

According to her, the association was established to serve as a platform for better coordination, information-sharing, as well as serve as the voice of NGOs in The Gambia.

“It seeks to influence public policy, build the capacity of its members, government institutions and its agents, as well as communities in order to enhance national development,” she added.

She noted that since its inception TANGO has been growing in number and value, and can today boasts of 73 international, national and smaller community-based organizations as members, which are practically involved in the development process of The Gambia in all sectors and regions of the country.

In delivering the vote of thanks, Elias Bah, head of SME unit of Ecobank Gambia, expressed profound gratitude to TANGO on behalf of the board, management and staff of Ecobank.

“We would like to take this opportunity to give a special thanks to our valued customers who supported us over the years, and have shown and demonstrated their willingness to form a solid partnership with us and we also give thanks to our prospective customers for their time,” she stated.