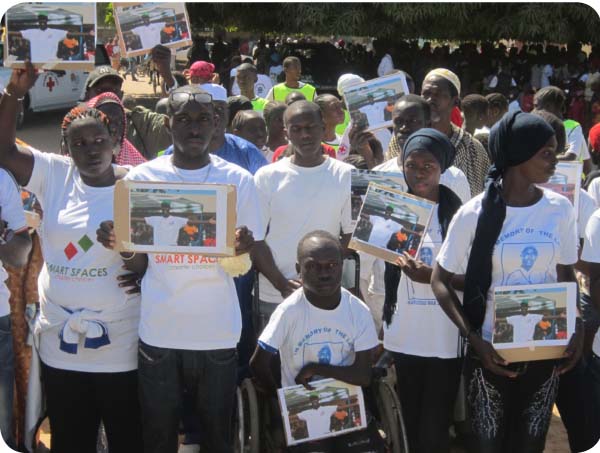 The annual Brufut marathon run came to pass last Saturday with hundreds of amateur and professional long distance runners partaking in this biggest and most popular race in The Gambia.

This year the event put on special importance and immense emotional dimension as the organizers and participants remembered the late Max Jallow who initiated the marathon back in1994.

Max, the former executive secretary of the National Sports Council, died suddenly in May last year. There was a long procession of youths, elders and volunteers who paraded placards with the photo of the late Max, a special eulogy that sent all to tears at the finishing line.

Speaker after speaker, including BMA chairman Ba Jabbie and Famara Drammeh, a youth leader, took turns to pay glowing tributes to the late Max, whose vision for the community, they say, should not be allowed to die.

It was a tearful Mariama T Jallow who picked up the big prize once again - an air ticket to the UK sponsored by Brussels Airlines - as champion of the female race.

This is an intervention initiated and donated by Brussels Airlines who were represented at the event.

The package facilitates the travel of Brufut champions to visit the UK and take part in marathon races, through the partnership of the Friends of the Gambia Association (FOTGA), a UK charity, supporting Gambia’s education sector.

There was no sign of last year’s male winner Lamin Sanneh who is reportedly injured, giving room for Samba Bah to take first.

There was also an exciting 1.5 km race for the Running Club members.

The Brufut run this year was supported by Smart Spaces, the leading real estate company in the country, whose director Haruna Drammeh, said he had always admired and felt associated with the run because he knows it from his former base in nearby Sukuta.

There was the annual rice raffle draw sponsored by the Run’s eternal partners FOTGA. Ten winner runners from the entire lot including men and women won a bag of rice each.

A Brufut native, Foday Lamin Manneh, sponsored a wheelchair race that featured athletes from the Gambia Paralympics Association who raced from the Sheraton Hotel to the finish line at the primary school.

The Sheraton Hotel, located in Brufut, provided snacks for all athletes and guests, while Banjul Breweries provided all with cold XL and Vimto drinks.

All runners received certificates and T Shirts provided by Smart Spaces the leading Real Estate Company in The Gambia.

The organizers thanked all institutions and individuals who supported the run and wish them a happy and success year as well as welcome them to partner in the next event in January next year.

The following are the gold silver and bronze winners in all the categories. 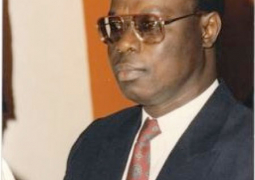