Justice E.O. Dada of the High Court in Banjul yesterday ordered Ebrima Jawara and Sulayman Manneh to appear in court today, to testify as witnesses in the ongoing trial involving the state against five former senior Ministry of Agriculture officials.

The presiding Judge made the order, following the state’s application to issue summons for the two witnesses to appear in court.

When the matter came up, principal state counsel Aminchi Adeyemi told the court that the remaining witnesses were absent and she submitted that at the last adjourned date, the state applied that if the witnesses failed to appear yesterday before the court, a summons would be issued.

Adeyemi said Ebrima Jawara and Sulayman Manneh gave witness statements to the police, and she asked the court to direct the summons to the Inspector General of Police to secure the attendance of the two in court.

Defence lawyer B.S. Touray did not object to the application, but argued that the Inspector General of Police has no business with the summons issued by the court.

He said the two witnesses had been standing trial by the court under a similar charge.

She addressed the summons to the Inspector General of Police for him to forward it to the investigators.

The presiding Judge said the duo are not standing trial with the accused persons and, therefore, directed the Inspector General of Police to ensure their appearance in court today at 2.30pm. 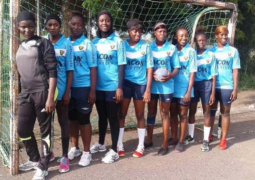