Sierra Leone has lost a fourth doctor to Ebola after a failed effort to transfer her abroad for medical treatment, a government official said Sunday; a huge setback to the impoverished country that is battling the virulent disease amid a shortage of health care workers.

Local workers have gone on strike in an overcrowded Ebola ward at a major district hospital in Sierra Leone’s disease-stricken east over claims the government is failing to pay them.

Up to 80 workers crowded the entrance compound to the hospital on Friday, deserting their posts and bringing operations at the Ebola treatment ward to a standstill. The workers were peaceful but frustrated.

The presence of longstanding Lebanese communities in West Africa is raising fears that Ebola could be brought to Lebanon.

There are five strains of the Ebola virus, each named after countries and regions in Africa: Zaire, Sudan, Tai Forest, Bundibugyo and Reston. The Zaire Ebola virus is the deadliest, with a mortality rate of 90 percent.

It is the strain currently spreading through Guinea, Sierra Leone and Liberia, and beyond. Scientists say flying foxes probably brought the Zaire Ebola virus into cities.

Call this number for any info about Ebola 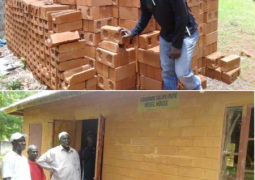